Disloyalty to their pledge and party

Republican also-rans who denounce Trump are breaking their word 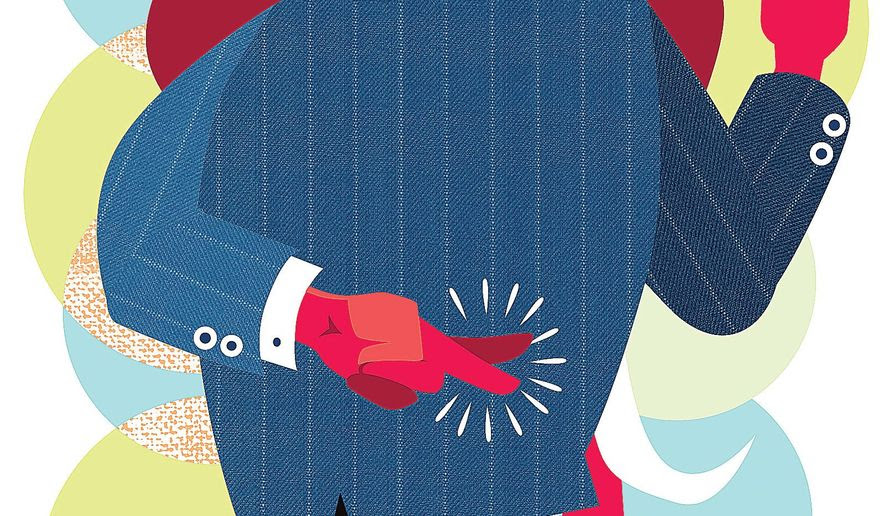 
ANALYSIS/OPINION:
In 1996, 10 Republican presidential wannabes initially entered the race to battle for the nomination that ultimately went to Bob Dole. The initial list of candidates included a number of credible contenders and a few that never had a chance. There was Tennessee’s Lamar Alexander, Texas Sen. Phil Gramm, businessman Steve Forbes, former California Gov. Pete Wilson, Indiana Sen. Richard Lugar, Pennsylvania Sen. Arlen Specter, columnist and former White House speechwriter Pat Buchanan, and even former Ambassador Alan Keyes and California Rep. Bob Dornan. It was quite a group that wouldn’t be equaled in size until this year.
As the primaries approached, I found myself seated between Pat Buchanan and Sen. Specter on an interview program the day each had independently declared if the other somehow managed to procure the nomination, he would denounce him and refuse him support. Both were friends of mine; for different reasons, though, I was supporting neither. But I told them that in my opinion, at least if they entered the race, they had an obligation to support the winner — just as they had a right to expect that if they won, the others should support them.
“If you decide to play the game,” I said, “you have to be willing to accept the outcome.” I reminded them that Ronald Reagan lost to Gerald Ford in 1976, but didn’t take a walk or denounce the winner, though neither liked each other all that much. I said that I’d support the eventual nominee, looked at Sen. Specter and said, “Arlen, I don’t agree with you on much, but if you win the nomination, I’ll be right there fighting for you, and Pat should join us.”
Sen. Specter looked at me and said, “That’s easy enough for you to say because you know I’m not going to be nominated.” The Republican National Committee (RNC) “loyalty” pledge the party asked the candidates to sign last fall was designed to keep Donald Trump in line when he lost. The other candidates had no problem signing it at the time because they just knew he would never be nominated, but wanted his support if they were. The question of whether they would support whoever eventually won was posed first by Fox News’ Megyn Kelly during the August debate, but it was turned into a pledge by the RNC that the candidates were asked to sign.
That, however, was then. The most reluctant signer of the pledge at the time was Donald Trump because in addition to requiring the candidates to support the winner, it also required that they eschew any thought of a third party or independent bid should they lose. It was the fear that Mr. Trump might lose, take a walk and pull a Ross Perot that motivated the pledge, but the first part read: “I [name] affirm that if I do not win the 2016 Republican nomination for president of the United States I will endorse the 2016 Republican presidential nominee regardless of who it is.” It is that language that now gives the presumptive nominee the high ground as many of those against whom he ran are saying they won’t endorse his candidacy.
Those who have said they cannot or will not endorse him include former Florida Gov. Jeb Bush, Texas Sen. Ted Cruz, South Carolina Sen. Lindsey Graham and Ohio Gov. John Kasich, who says flatly that none of them should be locked in by signing it in the first place. But they did, and although a number of them — like Mr. Trump himself — threatened to break their word along the way, they are the ones who are now doing so.
They therefore find themselves in a very different boat than House Speaker Paul Ryan, who has simply said he is not ready to endorse Mr. Trump because he didn’t enter the game himself, is not bound to do anything other than what his conscience demands, and certainly didn’t sign an agreement to endorse the nominee no matter who won. He and Mr. Trump can sit down, work out their differences and possibly reach an agreement that will allow them to move forward together this fall. But those who gave their word earlier are in no position now to ask for negotiations, or anything else.
They made the deal, signed the contract with a man who understands the “art of the deal,” and are now breaking it.
Source>http://www.washingtontimes.com/news/2016/may/16/david-keene-republican-also-rans-who-denounce-dona/
Posted by theodore miraldi at 7:23 AM