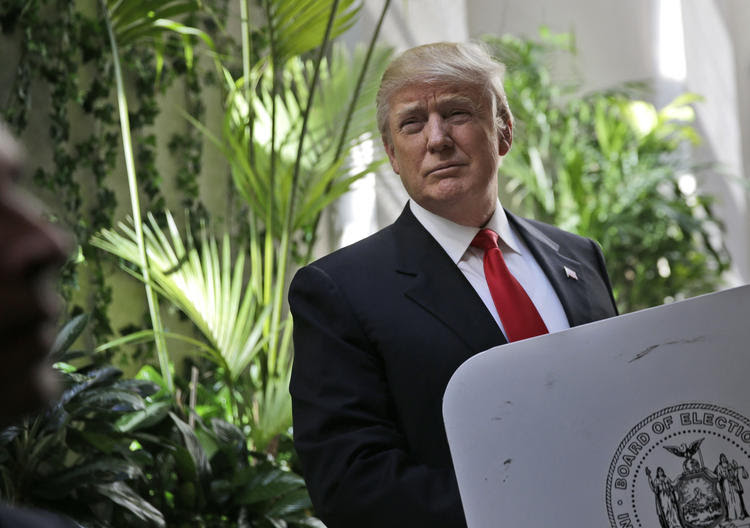 KURTIS LEE
Donald Trump has released a list of 11 possible choices to fill the vacancy left on the Supreme Court by the death of Antonin Scalia.
Trump's announcement, an unusual step for a presidential candidate, comes as President Obama battles with the Republican-controlled Senate over his Supreme Court pick, Judge Merrick Garland of the federal appeals court in Washington, who has not received a hearing on Capitol Hill.
In recent weeks Republicans, including the Trump, the party's presumptive presidential nominee, have said that the next president should be able to choose the new Supreme Court justice.
The 11 names listed by Trump during an appearance in New Jersey are Steven Colloton of Iowa, Allison Eid of Colorado, Raymond Gruender of Missouri, Thomas Hardiman of Pennsylvania, Raymond Kethledge of Michigan, Joan Larsen of Michigan, Thomas Lee of Utah, William Pryor of Alabama, David Stras of Minnesota, Diane Sykes of Wisconsin and Don Willett of Texas.