Envy and the road to ruin

The siren song of socialism masks the evil socialists deliver 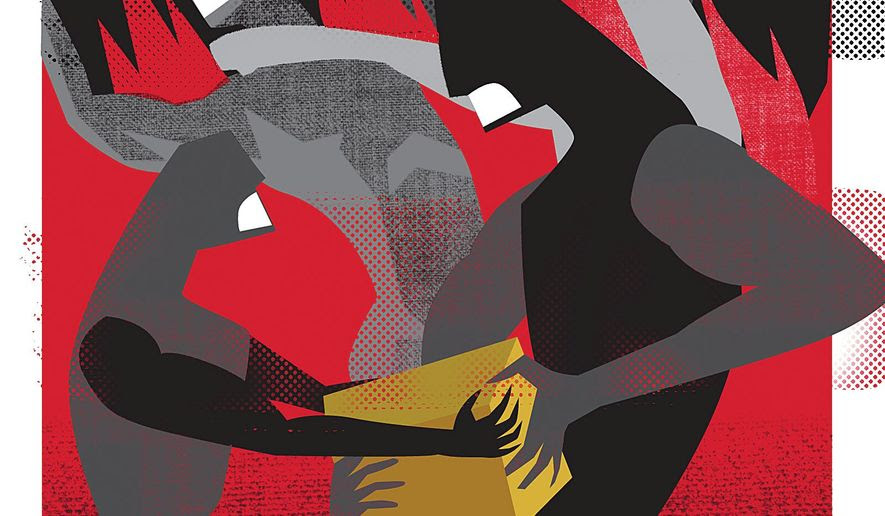 
ANALYSIS/OPINION:
There’s a dark cloud hanging over the progressive push to turn America into a collectivist paradise.
Things are so bad in socialist Venezuela, whose economy is cratering, that even the liberal news media have taken notice.
Day after day, stories emerge from the oil-rich South American nation about power outages, bankruptcies, long lines for toilet paper, urban unrest, and now even food shortages.
Millions of Venezuelans, no longer smitten by the kind of envy-laden appeals that Bernie Sandersand Hillary Clinton dish up on a daily basis, are having big-time buyers’ remorse since approving Hugo Chavez’s socialist uprising back in 1998. Revolution is in the air, which is why the government of Mr. Chavez’s successor, Niocolas Maduro, is in crackdown mode. It’s what you do when you’ve lost the people after systematically looting them.
The beating heart of socialism, as well as one of America’s two major political parties, is the sin of envy — wanting something that someone else has. On a personal level, it can breed resentment and bitterness. On a societal level it breeds monstrosities like socialism, fascism, Nazism and communism.
In the United States, we’re witnessing mass delusion, in which millions of ostensibly college-educated people are applauding the siren song of socialism while ignoring news reports about the kind of hell socialists deliver when ensconced in power.
It’s easy to understand why many students are “feeling the Bern.” Most have yet to experience the real world of paychecks eviscerated by federal and state taxes. I confess to falling for liberal politicians while in the extended womb known as college and before I started working 40-hour workweeks. If you don’t earn an income, redistribution is no threat to you and might even be to your benefit. Did someone mention a “Get Out of Yale Free” card?
Accompanying the hope for a free lunch is anger toward “the rich,” who deserve to be punished for their success.
The late writer Joseph Sobran drew an important distinction that might help explain the bitterness with which the legions of the left pursue their redistributionist agenda:
“Envy is now widely confused with covetousness. But to covet another’s good is to want to possess it yourself; to envy it is to seek the darker satisfaction of destroying his happiness in it.”
Another accomplished man of letters, the late Thomas Landess, arrived at the same conclusion: “Despite protests to the contrary, deep in their soiled hearts, American leftists hate a winner and desperately want to see him toppled. You sometimes get a glimpse of their green-skinned malice in their political rhetoric and actions.”
In his 2015 book, “Life, Literature and Lincoln,” Mr. Landess provided a wonderful example. It seems that back in 1962, Leonard Sherman, a New Jersey stamp collector, bought three sheets of U.S. four-cent stamps honoring the United Nations’ Dag Hammarskjold. One of the sheets had its yellow background printed upside down, making it worth an estimated $500,000.
Mr. Sherman unfortunately told the media about it, and his good fortune got back to Washington, D.C. John F. Kennedy’s postmaster general promptly ordered an additional 400,000 upside-down sheets printed. “With the snap of a bureaucrat’s finger, a rarity became commonplace,” thus destroying any value beyond the stamps’ worth of four cents each. A good day’s work in Washington.
I don’t think the word “killjoy” quite does justice to this little act of official vandalism, which benefited no one and stopped an interesting, harmless and lucrative venture in its tracks.
The top postal bureaucrat was fairly rich himself, so his torching of Mr. Sherman’s instant wealth was not garden variety envy but perhaps something more insidious, “a pinched vision of the world as consisting of wicked exploiter and powerless victim,” wrote Mr. Landess.
“Be assured that [the postmaster general] — who’d never met Leonard Sherman — knew precisely what evil lurked in the heart of a stamp collector worth $500,000. Underlying the apotheosis of envy are the unspoken assumptions that the ills of society are the result of economic exploitation.”
Which brings us back to the spectacle of Bernie Sanders and Hillary Clinton desperately trying to out-promise socialist redistribution schemes, while some of Mr. Sanders‘ followers sow violence at Donald Trump rallies.
Mr. Trump is a perfect foil — a billionaire who doesn’t give a rip about political correctness or conventional manners. He’s a rude, crude, spectacularly successful capitalist, the enemy of the people.
The more that Mr. Trump’s detractors on the left act out their displeasure, however, the more that the #NeverTrump movement loses once-staunch adherents.
In sanitized media, the left is well meaning and cuddly, all about tolerance and equality. Up close, it’s a different picture as ginned-up envy spills over into violence, confiscatory economics, political correctness run amok, and eventual ruin. That’s what’s turning once-prosperous Venezuela into an economic basket case.
We have it on the highest authority that envy is not to be taken lightly. The apostle James wrote that envy leads to “disorder and every evil practice.” And Solomon advised in Proverbs that “a heart at peace gives life, but envy rots the bones.”
Perhaps America’s colleges should consider offering a working semester in Caracas. It would be a good education in what works — and doesn’t — in the real world.
Source>http://www.washingtontimes.com/news/2016/may/29/robert-knight-siren-song-of-socialism-masks-its-ev/?page=all#pagebreak
Posted by theodore miraldi at 6:38 AM