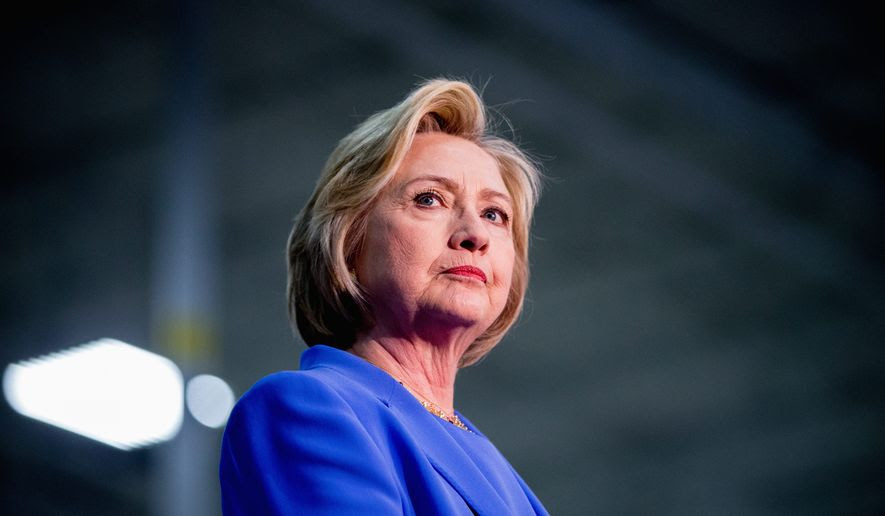 
Hillary Clinton is ducking her final debate with Sen. Bernard Sanders, brushing off a commitment she made earlier this year to participate in a forum in California ahead of the state’s June 7 primary — and analysts say the former first lady is right to do so and could only damage herself in another testy back-and-forth with the Vermont senator.
For her part, Mrs. Clinton seems to think another debate is a waste of time. She declared the Democratic primary over on Thursday, telling CNN that she’ll be the party’s nominee and training most of her fire on Republican opponent Donald Trump.
But for Mr. Sanders, who trails badly in the delegate race yet continues to rack up primary wins in states across the country, another forum would offer a chance to draw contrasts with Mrs. Clinton. In a statement this week, the Sanders campaign acted as if it expects the debate to take place.
“Both campaigns have been invited by Fox News to a debate. We have told the network that we would accept the invitation with the understanding that we can reach mutual agreement on the debate moderators, the format and other details,” Sanders campaign manager Jeff Weaver said. “More than half way through the month of May, we hope Secretary Clinton will soon make good on her campaign’s commitment and agree to a time and place for a debate. There are issues of enormous importance facing the people of California and our nation and the people of our largest state deserve to hear the Democratic candidates opinions.”
Indeed, Fox News and the San Francisco Chronicle have expressed interest in co-sponsoring the debate, which would come before Democrats in the largest state in the nation go to the polls June 7.
Earlier this year, under heavy pressure from the Sanders campaign, Mrs. Clinton agreed to three additional debates — one in New York, one in Michigan and one in California.
The New York and Michigan debates went forward, but the Clinton campaign has shown no interest in the California forum. The Clinton campaign did not respond to a request for comment Thursday.
Political specialists say despite agreeing in principle to the California forum, the former secretary of state is making a shrewd move.
“She doesn’t have anything to gain,” said Ben Voth, a professor of communications and public affairs at Southern Methodist University and the school’s director of debate. “Going [on a debate stage] with a challenger who is behind and debating is always elevating for the challenger … It’s going to take some kind of extended media pressure to make this happen.”
While Fox News released a statement saying it’s willing to host the debate, there’s little pressure coming from other quarters. The Democratic National Committee, for example, said little when asked about whether it’s pushing Mrs. Clinton to participate.
“The DNC will continue to facilitate negotiations with both of our candidates,” DNC spokesman Mark Paustenbach told the Washington Times.
Meanwhile, Mrs. Clinton is eager to put her battle with Mr. Sanders behind her and move on to the general election.
“I will be the nominee for my party … That is already done, in effect. There is no way I won’t be,”Mrs. Clinton said.
While Mr. Sanders has vowed to fight on through the California primary and all the way to the Democratic convention in July, Mrs. Clinton argues it’s time for the Vermont senator to take a different path and follow her 2008 playbook, when she graciously bowed out after a tough race against then-Sen. Barack Obama.
“When I came out and withdrew and endorsed Sen. Obama, about 40 percent of my supporters, according to polls, said they would never support him,” she said. “So I worked really hard to make the case, as I’m sure Sen. Sanders will, that whatever differences we might have, they pale in comparison to the presumptive nominee of the Republican Party … Sen. Sanders has to do his part.”
Source>http://www.washingtontimes.com/news/2016/may/19/hillary-clinton-ducking-final-debate-with-bernie-s/
Posted by theodore miraldi at 7:42 AM