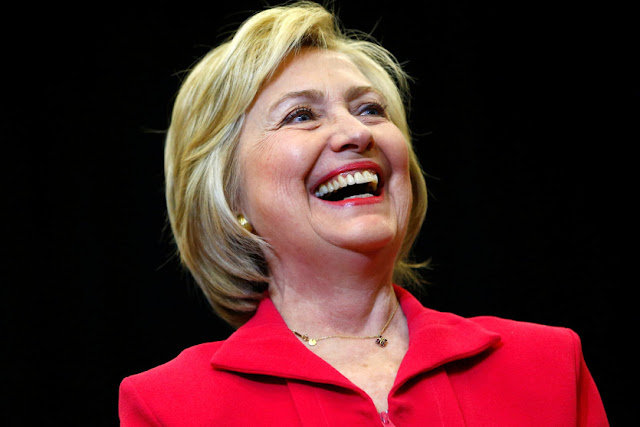 
Another primary night for the Democrats and another difficult night for Hillary Clinton, who’s almost certainly going to be the Democratic nominee even though a great many Democrats are determined to make that as difficult as possible for her.
She squeaked out a victory over Bernie Sanders in Kentucky — a state she won by 35 points in 2009 —before losing by a significant margin to Sanders in Oregon.
Many Democrats are disenchanted with her ideologically, but that’s not the only reason she’s suffering. Hillary is a politician in the John Kerry mold — she does inexplicably self-destructive things without actually having an impetuous, id-driven self-destructive streak.
Who else but a tone-deaf bumbler would have spoken the insanely infelicitous words — “we are going to put a lot of coal miners and coal companies out of business” — that destroyed her in West Virginia and made Kentucky so hard for her Tuesday night?
We all know she wanted to sell herself to environmentalists, but surely she could havefound a way to do so without celebrating the elimination of working-class jobs during the Populist-Resentment Olympics that constitute the 2016 election cycle. Surely this has to be counted among the dumbest self-inflicted political errors of our time.
But forget that recent boner. How about the fact that she took giant speaking fees from banks and hedge funds and Wall Street in 2013 and 2014 knowing full well she was about to run for president in a party that hates banks and hedge funds and Wall Street?
And did so, moreover, when it was money she didn’t need, given that her family net worth was north of $100 million when she did so?
Just imagine if she had denied Sanders that issue by never having taken the dough in the first place; his candidacy might never have taken off had it not been for the way he hammered her over her refusal to release the texts of her Goldman Sachs speeches.
Call it greed if you like, but idiocy is another suitable word for it.
Look, the least damning theory anyone can come up with about the decision to shield her emails from public view by setting up a private server is that it was an act of paranoid stupidity.
Her uncommonly gifted husband was always getting himself into trouble, but at least it was fun trouble. Her trouble is boring, plodding, unimaginative, ill-considered trouble. Bill Clinton is larger than life. Hillary Clinton is smaller than the office she’s trying so hard to occupy.
But before those of us who run the anti-Hillary gamut — from Hillary skeptics to Hillary cynics to Hillary haters — dance a celebratory jig around her troubles, we’d better sober up and consider the cold hard truth about the results.
Across all 48 contests thus far, Mrs. Clinton has racked up 56 percent percent of the Democratic Party vote as against Sanders’ 41 percent. (By contrast, Donald Trump has received 41.2 percent of the GOP vote.) Two million more people have cast their votes for her than for Trump, and that margin is unlikely to close by the end of the primary season precisely because Sanders is making her work for every vote.
Quinnipiac Polling - Trump vs Clinton | Graphiq
In some sense, Hillary may be a victim of her own early success and the monumental victories in the South that basically gave her an insuperable lead.
Once it became clear there was no stopping her, and that Sanders was just more fun to vote for, many Democratic voters surely felt like they could cast a young, free, happy-go-lucky vote for the cute old socialist.
And there’s precedent for a successful Democratic nominee struggling to seal the deal with the party.
Jimmy Carter finished with only 40 percent of the overall Democratic vote in 1976 and didn’t secure the nomination until the very end of the process — and he won the presidency.
There’s also precedent for a candidate to struggle in the late states and lose. Again, that would again be Jimmy Carter. He lost five of the last eight primaries to Ted Kennedy — a mark of his own party’s distaste for him — and went on to lose in November.
What we don’t know is this. Will she be the 1976 Carter in this scenario — or the 1980 Carter?
Source>http://nypost.com/2016/05/18/hillary-is-running-a-painfully-stupid-campaign/
Posted by theodore miraldi at 6:55 AM