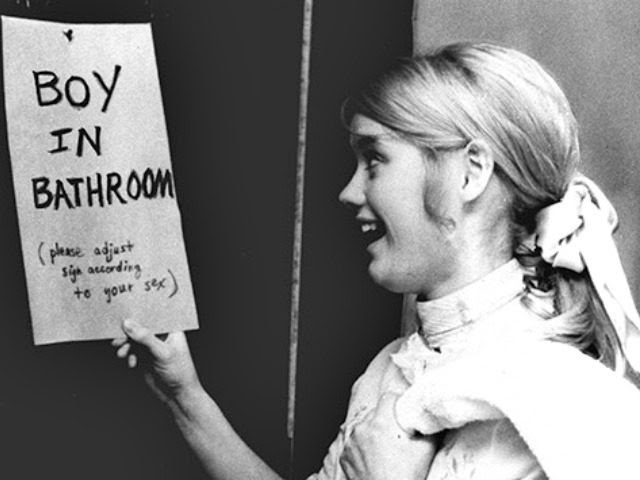 The U.S. Department of Justice isn’t about “Equal Justice Under Law” anymore. It’s about President Obama’s extreme vision of fundamentally transforming our nation, imposing political correctness, and pulverizing the rights of the states.
The latest example of this extreme overreach is Loretta Lynch suing North Carolina for its “Bathroom Bill,” which allows individual business owners, rather than government bureaucrats, to decide who can use which bathrooms.
The solution to transgender bathroom issues is not politics, but personal property. Let individual business owners make up their own minds. Either way, DC has no business in your business or your bathroom. Period. This is government gone wild. Loretta Lynch should be impeached for such outrageous overreach.
The Senate was supposed to be the guardian of the states, but after almost four decades in DC, John McCain has forgotten that. I’ll be a conservative champion for AZ, not DC. They have gone far enough. I’ll stop DC at the bathroom door.

North Carolina’s HB2 took effect on March 23 of this year.
Lynch announced on Monday the DOJ lawsuit against the state of North Carolina, it’s Gov. Pat McCrory, the North Carolina Department of Public Safety, and the University of North Carolina. “We are seeking a court order declaring HB2’s restroom restriction impermissibly discriminatory as well as a statewide bar on enforcement.” She further announced that the DOJ was retaining the right of curtailing federal funding to the North Carolina Department of Public Safety and the University of North Carolina as this case proceeds. Lynch calls North Carolina her home state.
President Barack Obama’s DOJ had issued a threat to both Gov. McCrory and the state of North Carolina in a May 4 letter concerning HB2. The addressees were given a May 9 close of business deadline to comply with the DOJ demand that HB2 not be implemented.
Instead of complying with the DOJ’s demand, Gov. McCrory filed a complaint for declaratory judgement against Obama’s DOJ, AG Lynch, and Principal Deputy Assistant AG Vanita Gupta. Leaders of the North Carolina Senate and House of Representatives filed a separate complaint for declaratory relief against the DOJ, Lynch, and Gupta. The DOJ responded with the lawsuit Lynch announced that same day, as mentioned above, anddetailed in the Charlotte Observer.


Ward is challenging McCain for the Arizona seat in the U.S. Senate currently held by Hillary Clinton’s favorite Republican.
Source>http://www.breitbart.com/big-government/2016/05/14/mccain-challenger-kelli-ward-impeach-ag-lynch-stop-dc-bathroom-door/
Posted by theodore miraldi at 9:17 AM