O names transgender to faith post , and her name is Satin 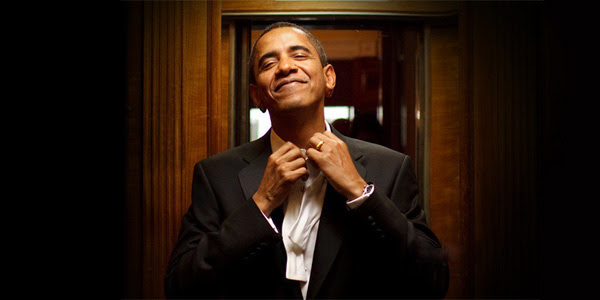 President Obama has appointed a transgender man to a prominent faith advisory position, sparking a flood of outrage from conservatives.

His recent announcement named Barbara Satin to be a member of the president’s Advisory Council on Faith-Based and Neighborhood Partnerships, a choice commentator Tim Brown at Freedom Outpost scorched as a “mentally sick transgender man.”
“And America tolerates this depravity!” Brown wrote. “Satin needs repentance, not an advisory position, but I don’t blame Barack Obama for that. Instead, I blame the United Church of Christ for its lack of loving discipline towards Barbara. They have allowed this person to wander into sin without any loving restraints to call him to repentance and allow him to stay in good standing in the body of Christ rather than a stern and sharp rebuke of his sin towards the Creator.”
Obama had described Satin, along with others on a list of appointees, as “fine public servants [who] bring a depth of experience and tremendous dedication to their important roles. I look forward to working with them.”
Obama’s statement said Satin was the assistant faith work director for the National LGBTQ Task Force.
“She is an active member of the United Church of Christ and served on the denomination’s executive council as its first openly transgender member. Ms. Satin recently worked on the development of Spirit on Lake, a LGBTQ senior housing project in Minneapolis. She served on the board of directors for OutFront Minnesota from 2001 to 2008 and has served as chair of GLBT Generations since 1999. She has also served on the board of directors of PFund Foundation, a regional LGBTQ community foundation advancing social justice in Iowa, Minnesota, North Dakota, South Dakota and Wisconsin, since 2013,” Obama’s statement said.
Derrick Wilburn wrote on Allen West’s website, “Barack Obama has appointed a man who identifies as a woman to serve on his Advisory Council on Faith-Based Neighborhood Partnerships.”
“Its nothing short of amazing how far this president has come since his public affirmation of belief that marriage is between one man an one woman just a few years ago,” he wrote. “Satin has a published biography which states in part, ‘At age 54, Barbara took early retirement and then began to explore more fully her transgender identity.’ ‘With the support of her children and a knowledgeable therapist, Barbara came to understand that her transgender identity was how God had made her and rather than being a curse it could be a blessing in her life.’ ‘As a way to more fully explore her identity, she moved out of the family home to live full-time as Barbara.'”
Peter LaBarbera, head of Americans for Truth About Homosexuality, told OneNewsNow, “Obama is obsessed with promoting homosexualism and now transsexuality. He’s engaged in a war on normal for the last eight years, and it looks like he’s trying to do as much as he can to promote sexual and gender perversions as he can before he leaves office.”
LaBarbera said it’s especially notable that the council was intended to promote religious freedom.
“He takes something that was actually designed to promote religious freedom and respect for religion and he subverts it by putting in a transgender activist from a liberal church who is at odds with the God of the universe,” he said. “God made male and female. He didn’t make males to become females so the idea of transgender Christianity is absurd.”
“The reality is men make bad women and women make bad men, but that’s a little too complicated, apparently, for Barack Obama to understand,” he told the news agency.
Satin said in a statement, “I am both honored and humbled to be selected to serve on the president’s advisory council. Given the current political climate, I believe it’s important that a voice of faith representing the transgender and gender non-conforming community – as well as a person of my years, nearly 82 – be present and heard in these vital conversations.”
How did America get from “Mayberry” to “gay marriage?” Here’s the explanation, in “A Queer Thing Happened to America: And What a Long, Strange Trip It’s Been.”