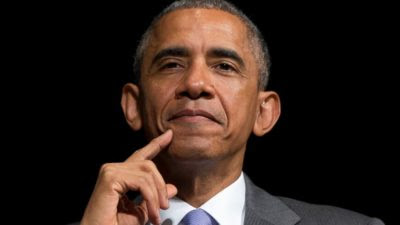 
The Obama administration wants to make sure Utica, New York’s young refugees aren’t without a job, so he’s spending millions to make sure it doesn’t happen.
“Access to a job in the summer and beyond can make all the difference to a young person – especially those who don’t have access to many resources and opportunities,” President Obama said of his new Summer Opportunity Project.
The project spends a total of $21 million on a variety of programs in 11 communities nationwide with the focus of helping young people find summer work, and permanent part-time jobs, the White House and U.S. Department of Labor announced Monday.
At least $2 million of the total will be set aside to help 400 refugee students in Utica, New York get to work through the New Americans Career Pathways Project, the Utica Observer-Dispatch reports.
“The New Americans Career Pathways project will provide in-school youth with summer jobs and academic support for 400 students in the refugee populations of Utica, NY,” according to a White House Fact Sheet. “The students will receive summer job work experience and academic tutoring in English and Math, and support in finding part-time jobs.”
The multi-million refugee employment program is, however, only one among many that will receive a helping hand from the government over the summer.
“Since 2009, more than fifteen Federal agencies have launched dozens of initiatives and partnerships with over 1,800 rural, tribal and urban communities,” according to the White House statement Monday. “Building on that work, the White House and 16 federal agencies announce an effort today to provide tailored support from the federal government to 16 Summer Impact Hubs to upgrade and expand their summer jobs, learning, meals, and violence reduction programs for young people this summer and year-round.”
Other projects include “employment-related services” for Native American youth in California, Illinois and Iowa; to “create summer employment and year-round work experiences for 1,000 disconnected youth and underserved populations, including Latino and Arab-American youth” in Detroit; and inner-city jobs programs in Indianapolis, Philadelphia and other places.
According to Syracuse.com, “President Barack Obama’s administration launched the effort after a study found that almost 46 percent of youth who applied for summer jobs last year were turned down.”
The White House announcement pointed out that Obama’s push for a $5.5 billion budget proposal to “open doors to a first job” is also in the works and could bring another wave of federal cash to “at-risk young Americans.”
According to the White House’s Monday Fact Sheet/ news release:
The President’s FY 2017 Budget proposes new investments – nearly double last year’s request – to connect more than 1 million young people to first jobs over the summer and year-round. It would also create a new $2 billion competitive grant program designed to connect at-risk and disconnected youth to educational and workforce pathways. DOL will work with Treasury to ensure that young people participating in these programs have access to safe and appropriate financial products and accounts.
Nearly everyone who discussed the Utica program in the Syracuse.com comments was appalled that the president seems to be prioritizing illegal immigrants over U.S. citizens for summer jobs in their region.
“Most divisive president ever adds to the legacy,” Dawn Of A New Day posted.
“This is absurd!” greats wrote. “Yes people, vote for Hillary. She wants this too. To heck with American youth. Let’s employ refugees who can’t even speak English! Go Trump! Stand up for America!”
“So legal Americans are not worthy of summer jobs?” RockwellSprings questioned. “Can’t wait for November.”
“What about OUR kids?” bastracker wrote. “I am thoroughly disgusted.”
Source>http://www.theamericanmirror.com/obama-summer-jobs-program-devotes-least-2-million-refugee-youth/
Posted by theodore miraldi at 7:55 AM