Obama’s legacy: Duping America about everything is the name of the game 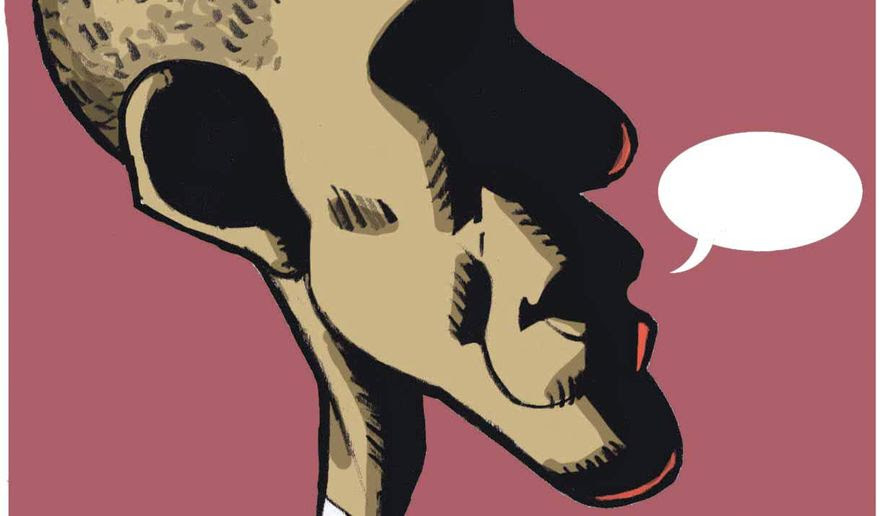 
ANALYSIS/OPINION:
One can only imagine how President Obama and his sycophants will pay homage to their getting away with lying to the American people about every aspect of their administration.
Perhaps in the Obama Library they’ll have a special room surrounding visitors with giant flat-screen TVs where various Obama staffers will laugh and point at them in an endless video loop.
They’ll have to think of something, because May 2016 has been a banner month with the delivery of a forgotten 2008 campaign meme from Mr. Obama and his henchmen. The good news is, the much-ballyhooed promise of being the “most transparent administration in history” has peeked out from under the covers. The bad news is, it took the form of admissions from both current and former Obama aides that the White House is a House of Lies.
The Obama regime’s governing style consisted of lying to the American people, duping them into accepting dangerous and destructive policies, pivoting to golf, pivoting to parties, lying some more, then going on vacation.
Hey, presidentin’ is hard.
First it was Deputy National Security Advisor Ben Rhodes, confessing in a New York Times profile that the White House lied to the American people about the dangerously obscene Iran nuclear deal and used the White House press corp “suckers” to do it.
Ironically, the Obama administration now admits that they’re doing exactly what liberals and Democrats falsely accused former President George W. Bush of doing — lying about WMD in Iraq and using a helpful media to convince the American people. A more classic example of projection you will never see.
The Obama administration’s determination to lie to everyone also confirms that they knew the Iran deal was bad and would help a rogue, terrorist regime. If that wasn’t the case, why lie?
Perhaps former President Richard Nixon would have gotten away with so much more, and even survived his second term, if only he had been a Democrat and had a fabulist like Ben Rhodes.
Admitting to a house of lies is bad enough, but as the Obama administration is taking its final lap, the compulsion to confess has also infected a few former Obama speechwriters.
On last Monday’s “Charlie Rose Show,” three former Obama speechwriters, Jon Lovett, Jon Favreau and David Litt, were reminiscing about the good-old days of writing speeches for Mr. Obama.
At one point Mr. Rose asked, “My point is, do you have equal impact on serious speeches? Because it’s about style, use of language, etc.?”
To which Mr. Lovett responded, “I really like, I was very — the joke speeches [are] the most fun part of this. But the things I’m the most proud of were the most serious speeches, I think. Health care, economic speeches.”
Mr. Favreau then interrupted and said, “Lovett wrote the line about, ‘If you like your insurance, you can keep it.’ “
Well, that struck everyone, including Mr. Rose, as one of the funniest things they’d ever done. All four men were not just laughing, there were guffaws. Mr. Rose at one point looked like he was about to fall off his chair.
These men thought it was more than amusing that they crafted what had been declared the “Lie of the Year” by Politifact, and duped the American people into accepting the end of actually affordable and accessible health care.
In the midst of the hilarity, Mr. Lovett jokingly declared, “How dare you!” to Mr. Favreau, and then actually thought it would be funny to re-assert the lie about people being able to keep their health insurance plan by noting, “And you know what? It’s still true!”
Ha ha ha ha.
To people like this, it’s funny to screw up your life. They’re bullies, plain and simple. Their contempt has no bounds, and it’s not just Mr. Obama, but a reflection of what the entire Democratic Party has become.
After all the Obama/Hillary Democrats have done to this country, they should have at least had the decency to take us out to dinner first.
Source>http://www.washingtontimes.com/news/2016/may/16/tammy-bruce-obamas-legacy-will-be-the-duping-of-am/?page=all#pagebreak
Posted by theodore miraldi at 7:29 AM