This is no different than children of some Arab
nations being taught to hate or, kill Jews! 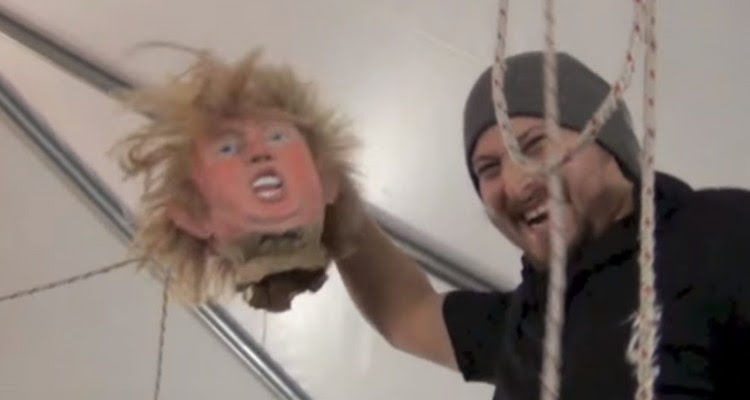 Paul Joseph Watson
Shocking video footage shows Mexican immigrant parents encouraging their 3-year-old daughter to repeatedly say, “We have to kill Donald Trump.”
“We’re going to kill Donald Trump,” states the toddler, to which the mother responds, “Why are we going to kill Donald Trump?”
“Cause he’s bad,” responds the child.
“That’s right,” replies the mother.
“We have to kill him,” continues the toddler.
“Why is he bad?” asks the father.
“Cause he wants to take away our family,” responds the child.
The mother then encourages the child to make a third death threat against Trump, asking, “So what are we going to do then?”
“We’re going to kill him,” the child re-asserts.
Minors mouthing profanities aimed at Donald Trump are nothing new – many of them have attended anti-Trump rallies across the country, but to hear the parents of a 3-year-old girl encouraging violent rhetoric is a new level of absurdity.
Back in December, a street food outlet in Portland called El Diablito celebrated its grand opening by having children batter a Donald Trump effigy.
Video footage shows one child shouting, “I want to kill him!” before the pinata is decapitated.
As we have repeatedly documented, the media has blamed Donald Trump for violence at his events while continually absolving the very people responsible for such violence – Bernie Sanders supporters – of blame.
Source>http://www.infowars.com/video-parents-train-3-year-old-girl-to-say-we-have-to-kill-donald-trump/
Posted by theodore miraldi at 9:55 AM