SHE KEEPS LOSING! HOW COME SHE IS WINNING? 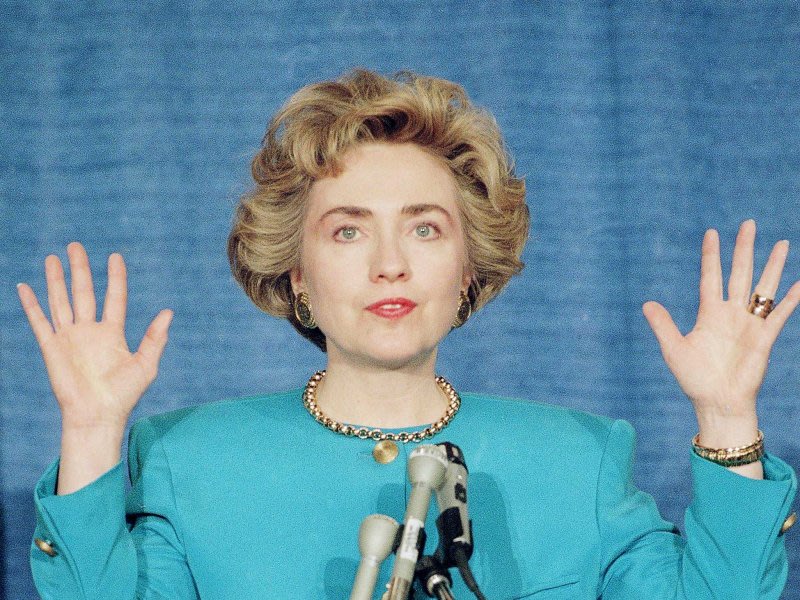 rnie Sanders is on a roll. He's won the last two Democratic primaries and stands a good chance Tuesday of adding Oregon and perhaps Kentucky to his pile of victories.
Yet Hillary Clinton is likely to continue her seemingly unstoppable march to the party's presidential nomination.
How can that be?
It's not a conspiracy, as some angry Sanders backers suggest, a result of dark magic or a wrinkle in the time-space continuum. Rather, it's the rules that Democrats play by -- rules that now work to Clinton's advantage, even as they thwarted her candidacy eight years ago, when she lost a nominating fight to then-Sen. Barack Obama.
Where do things stand in the Democratic race?
It takes 2,383 delegates to win the nomination at the party's national convention this summer in Philadelphia. Entering Tuesday's contests, former Secretary of State Clinton has 2,240 delegates to Vermont Sen. Sanders' 1,473.
Who's won the most votes?
Clinton also leads Sanders in that category. She has received more than 12.5 million votes, compared with 9.4 million for Sanders. That's a lead of more than 3 million votes, according to calculations by the website Real Clear Politics.
Hillary Clinton is not winning because of a conspiracy or wrinkle in the time-space continuum. Rather, she benefits from the rules Democrats play by.
With 10 contests left, is it possible for Sanders to overtake Clinton in the delegate count to win the nomination?
It is theoretically possible, just as it is theoretically possible to drive from Los Angeles to San Francisco in less than two hours --provided you go 200 mph the entire way.
Come again?
Sanders must win close to 90% of remaining delegates to overtake Clinton. It's mathematically possible, but not realistic, given that Democrats award delegates on a proportional, rather than winner-take-all, basis. So even when a candidate -- in this case Clinton -- loses a contest, she won't walk away empty-handed.
How does that work?
Take last week's West Virginia primary. Sanders clobbered Clinton, 51% to 36%. But when delegates were divvied up, Sanders won 18 and Clinton 11. Adding in superdelegates, the results were much closer: Sanders walked away with 19 delegates and Clinton claimed 18. That means Sanders' landslide victory cut into Clinton's overall delegate lead by precisely one.
What makes someone a superdelegate?
They're not faster than a speeding bullet or able to leap tall buildings in a single bound. Superdelegates are those who automatically get a seat at the Philadelphia convention and have the liberty to vote for whomever they please. The overwhelming majority are supporting Clinton.
Who gets to be a superdelegate?
Superdelegates are elected officials and other party leaders and activists. They include sitting Democratic governors and members of Congress, past presidents and vice presidents and former chairmen of the Democratic National Committee.
Why does the party have superdelegates?
Because Democrats have two competing impulses. On the one hand, they fancy their party a model of inclusiveness and egalitarianism. On the other, they want to win elections.
What does that have to do with superdelegates?
After the party was torn asunder by the Vietnam War -- some Democrats believing Vice President Hubert Humphrey had been forced down their throats as the 1968 nominee -- leaders changed the nominating system to give more say to voters at the grass-roots level. But after the landslide defeat of George McGovern in 1972 and Jimmy Carter in 1980, the feeling was some recalibration was needed, leavening the will of the people with the presumed wisdom of political insiders. Hence the birth of superdelegates.
How many superdelegates are there versus plain old garden-variety delegates?
About 15% of Democrats are free to back whomever they wish. Clinton leads Sanders among superdelegates 524 to 40.
If you subtracted superdelegates, would Sanders overtake Clinton in the delegate count?
No. She would still be ahead, 1,716 to 1,433.
Were superdelegates important the last time Clinton ran for president, in 2008?
Yes, they were. They helped push Obama past Clinton to win the Democratic nomination, even though he barely topped her in the overall popular vote and held a much narrower lead in the delegate count than Clinton enjoys today over Sanders.
If Sanders has virtually no hope of winning the nomination, why is he still campaigning?
That's something a lot of Clinton supporters are asking. Sanders continues to draw big crowds, and every vote he receives and delegate he wins bolsters his case for a strong presence at the convention, including greater sway over the platform drafted as the statement of party principles heading into the fall campaign. Besides, he gets a lot more attention as an active candidate for the president than he would otherwise. Heard much from Martin O'Malley lately?
I thought I was the one asking the questions.
Sorry.
Sanders can theoretically clinch the nomination ahead of the Democratic convention, just as you can theoretically drive from L.A. to San Francisco in two hours. But don't try it.
Why else is Sanders still running?
He maintains that if he keeps up his winning streak -- topping it off with a big victory in California on June 7 -- he will have so much momentum that superdelegates will shift to him en masse, giving him the nomination at a contested convention in Philadelphia.
How plausible is that?
You never know. But Clinton finished out 2008 on a hot streak similar to Sanders', taking five of the last eight contests, and that didn't change the minds of most superdelegates. Even though the Clinton-Obama contest was far closer, and the race much rougher than the current Democratic nominating fight, she soon abandoned her candidacy and delivered a ringing endorsement at the summer convention in Denver.
Source>http://www.latimes.com/politics/la-na-clinton-sanders-democrats-20160516-snap-story.html
Posted by theodore miraldi at 7:47 AM