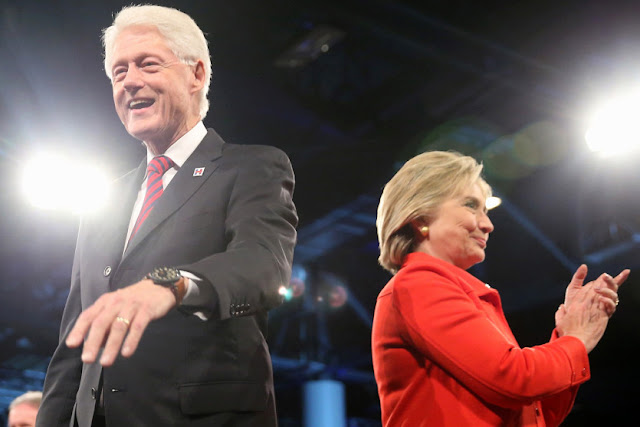 In most cases, news that a major presidential candidate’s family charity doled out millions to a for-profit company controlled by the candidate’s longtime friends would be raising lots of eyebrows.
But this is Bill and Hillary we’re talking about. So it’s just the latest in a long list of disclosures about the slush fund that operates publicly as the Clinton Foundation.
The foundation is deeply intertwined with the massive wealth they’ve accumulated in the past 15 years — even as its donors have themselves reaped enormous benefits.
The Wall Street Journal reported Friday that the foundation in 2010 committed $2 billion to Energy Pioneer Solutions, despite IRS rules that say a charity is not “supposed to act in anyone’s private interests.” The ex-president even personally arranged a US Energy Department grant to the company.
Among the firm’s owners are several longtime Clinton friends — including a wealthy blond divorcée from Chappaqua whose relationship with Bill has long been the subject of speculation. The Journal reports that the foundation even removed the fiscal link from its Web site to avoid calling attention to Bill’s “friendship.”
So we’re back to that again.
Smirking aside, though, the Clinton Foundation has been embroiled in one financial scandal after another. Last fall, it had to amend four years of tax filings to come clean about $20 million in foreign donations it received while Hillary served as secretary of state.
Of course, the Clintons and dubious dealings go shamelessly hand in hand. Always have, always will.
Which is just one more reason to keep Hillary Clinton out of the White House.
Source>http://nypost.com/2016/05/15/the-clinton-sleaze-never-ends/
Posted by theodore miraldi at 6:21 AM