The contagion of government lying

The law is weakened when the government deceives 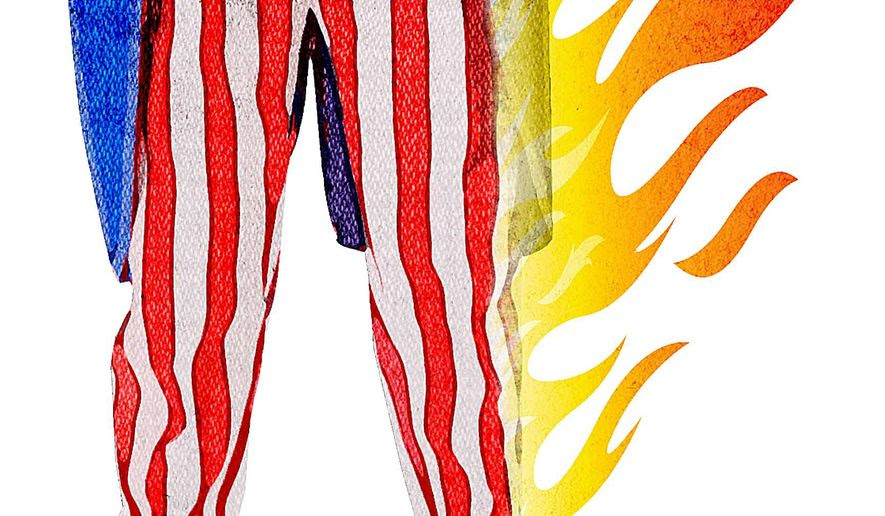 “Crime is contagious. If the Government becomes a lawbreaker, it breeds contempt for law; it invites every man to become a law unto himself; it invites anarchy.” — Justice Louis Brandeis (1856-1941)
Last week, this column chronicled the startling admissions of lying by White House senior adviser Ben Rhodes. Mr. Rhodes readily acknowledged to The New York Times that he lied to the public and to members of Congress during the negotiations that produced the recent Iranian nuclear deal so as to temper the “irrational” fear that some senators and representatives had of the mullahs who run the government in Iran.
He was asked — not subpoenaed — to testify before the House Oversight and Government Reform Committee about his lying, and he refused to show up, claiming his lies were protected by executive privilege. Because he spoke publicly about this, he has no privilege, yet nothing further happened. The committee gave up the ghost.
Also last week, in a federal court in Brownsville, Texas, the government was caught lying again — this time by a federal judge. Here is the back story:
In 2012, President Obama issued numerous executive orders directing the departments of Justice and Homeland Security to enforce a version of immigration law that the president himself had scripted after Congress declined to pass it.
The president crafted a path to permanent residence in the United States for undocumented immigrants who are the parents of children who were born here or are otherwise residents lawfully.
The president’s plan would add between 4 million and 5 million people as lawful residents. That would add to the financial burdens of the states where these folks reside, because they are required by federal law to provide a social safety net — health care, education, safety, welfare — to all legal residents.
Hence, 26 states sued the federal government, arguing, in effect, that the president exceeded his constitutional powers when he issued his executive orders, and that the immediate effect of their enforcement would be massive, unplanned, unfunded financial burdens on the states.
A federal judge agreed with the states and enjoined the president from enforcing his orders. During the course of the oral arguments in the case, the judge asked the lawyers from the Department of Justice who were representing the president whether the programs his executive orders established had yet begun. The lawyers replied that they had not.
On three more occasions, one orally in the same public courtroom and twice in written submissions to the court, the Justice Department lawyers insisted that the president’s programs had not yet begun. In reliance upon those assertions, the states asked only for an injunction going forward, not for an injunction on any applications being processed by the feds, because they were told that none existed.
The government lawyers lied.
Last week, we learned that the Department of Homeland Security has surreptitiously accepted applications from more than 100,000 undocumented immigrants for permanent residence under the terms of Mr. Obama’s unconstitutional executive orders.
The orders may be characterized as unconstitutional because the same federal judge to whom the Justice Department lawyers lied, as well as a panel of the U.S. Court of Appeals for the 5th Circuit to which the department appealed the injunction against the president, found them so. Those findings await a determination by the Supreme Court, which is expected by the end of next month.
The problem of lawyers lying to judges is extremely serious. Our system of litigation — lawyers present facts and argue about laws, and judges rely on the truthfulness of what the lawyers have told them — is built on trust. Because lawyers know the facts in their cases more intimately than judges do, judges rely on lawyers to tell them the truth.
At first, these Justice Department lawyers lied. Then they lied about their lying. Then they reluctantly acknowledged that they had momentary lapses in understanding, an argument that the court rejected because of the repeated nature of their lying. The lawyers said the programs had not begun, when in fact they had — to a large degree.
The judge’s response in the case was curious. He ordered the Justice Department lawyers to take ethics classes. I would have done differently. Lying to the court is so severe a violation of the ethical rules, so disruptive of the moral order, that its significance is diminished by the so-called cure of ethics classes.
I would have barred all lawyers who lied to me from ever appearing in my courtroom, and I would have removed them from the case. I would also have referred what I knew about them to ethics prosecutors in the states and federal districts where they are admitted.
Lawyers have an obligation of candor to the judges before whom they appear. That duty is no less serious when the lawyers work for the government than when they work for private clients.
Because the government prosecutes people who lie to it and its liars almost never can be prosecuted, government lying is grave. It is equivalent to government lawbreaking because when people to whom the government lies — judges or litigants or members of Congress or the public — rely on those lies, they often do so to their detriment. They lose a right or an opportunity that often cannot be recaptured.
I have often asked rhetorically whether the government works for us or we work for the government. The answer to this inquiry is obvious. It is only a fiction that the government works for us.
Yet fear of the consequences of government lying should terrify anyone who believes in the rule of law and fair play. Those consequences can be as contagious as government lawbreaking.
Source>http://www.washingtontimes.com/news/2016/may/25/andrew-napolitano-the-contagion-of-government-lyin/?page=all#pagebreak
Posted by theodore miraldi at 9:18 AM