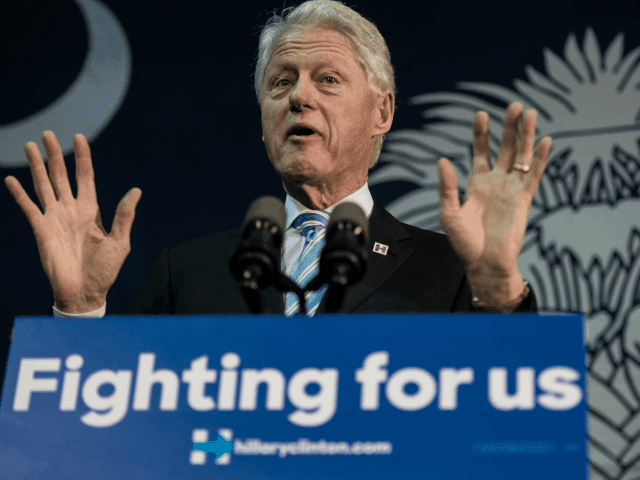 Top European leaders have blasted Bill and Hillary Clinton following awar of words about the commitment to democracy of both the Polish and Hungarian governments. One leading figure insisted Mr. Clinton “needs a medical test” following his remarks.

Bill Clinton upset NATO allies in a broadly unreported gaffe accusing Poland and Hungary of thinking “democracy is too much trouble” and wanting to have an “authoritarian dictatorship.” This is despite the fact that Poland recently held elections turfing out the establishment political parties in an election with a higher turnout than Mr. Clinton’s re-election in 1996.
Poland’s newly elected Prime Minister Beata Szydlo called Clinton’s words “unjustified and simply unfair”, adding: “With all due respect, and without using coarse words [Clinton] exaggerated and should apologize to us”.
Mr. Clinton’s remarks came during a Hillary for President campaign rally in New Jersey this week, where he claimed: “They want (Russian President Vladimir) Putin-like leadership. Just give me an authoritarian dictatorship and keep the foreigners out”.
“Sound familiar?” he asked, in a broadside against GOP presumptive nominee Donald Trump.
But in Mr. Clinton’s attempts to use foreign affairs against Mr. Trump, he angered one of NATO’s most important members: Poland, and one of the few countries holding back the tide of migration into Europe: Hungary.
“If someone says there is no democracy in Poland today, that means he should have a medical test,” blasted the head of Poland’s Law and Justice party Jaroslaw Kaczynski.
And his comments were echoed by Hungarian Prime Minister Viktor Orban, who used the incident to highlight the multi-million dollar connections between the Clintons and Hungarian left-wing billionaire George Soros.
Speaking to Hungarian radio on Friday, Mr. Orban blasted: “Hungarians and Polish people rightfully expect more respect from the actual and the former leaders of the United States. I like what the president of the Polish governing party said, although it is harsh, but his reference to the [Clinton’s] need for medical help made many Hungarian hearts beat [in agreement].”
He said, refusing to repeat Mr. Kaczynski’s words: “what is permissible for Jove is not permissible for an ox” – a literary reference implying Mr. Clinton believes he is a god, while the Hungarians are just cattle.
“[B]eyond the American campaign, the remarks made about Hungary and Poland… have a political dimension,” Mr. Orban said, accusing Mr. Clinton of repeating Soros-inspired campaign lines: “These are not accidental slips of the tongue. And [the number of] these slips or remarks have been multiplying since we are living in the era of the migrant crisis. And we all know that behind the leaders of the Democratic Party, we have to see George Soros.”
“And George Soros published his six points supporting the Muslim migration to Europe, in which he announced that at least one million Muslims should be allowed [into Europe] each year, that they must be provided a safe path and that Europe should be happy to get such a chance and shouldn’t be defending against it. He also said that it will cost a lot of money, which he’d loan.”
“So, here, in Central Europe a shadow power exists, which is linked to George Soros, he is one of the most important sponsors of the Democratic Party, so I have to say that although the mouth belongs to Clinton, the voice belongs to George Soros. And since Hungary is where it is, I mean geographically it is where it is and wants to protect its national sovereignty and security, we are a blockade for this Soros plan in America. They will not carry it out here as long as Hungary has a government working in the national interest.”
Writing in the Observer, NATO-expert John R. Schindler notes: “Polish hard feelings regarding Mr. Clinton’s comments aren’t difficult to decipher. In the first place, the statement that any Polish government wants to emulate Russia in any way seems calculated to offend. Memories of long and brutal occupation by the Kremlin are fresh and fears of Mr. Putin run deep, in light of on-going Russian aggression against Poland’s neighbors. Poles are not much fonder of Russians than Jews are of Germans, a fact Mr. Clinton—who touts his foreign policy accomplishments in the White House—should understand.”
Bloomberg has reported that after an 11-year hiatus from large-scale political campaign funding, Mr. Soros has handed Mrs. Clinton around $13 million so far, “already more than his total disclosed spending in the last two presidential elections combined”.
“Soros’s personal fortune stands at about $24 billion, according to the Bloomberg Billionaires Index… The Open Society Foundations say they have spent some $13 billion over the past three decades.”
Critics point to Mr. Soros’s funding behind anti-Polish government groups since the elections, as well as worsening Europe’s migrant crisis by funding open borders activists and “refugee” aid groups.
Sources>http://www.breitbart.com/london/2016/05/20/clinton-not-trump-upsets-major-nato-allies-needs-a-medical-test-say-european-leaders/
Posted by theodore miraldi at 10:31 AM