The Nihilism Of Some Scientists 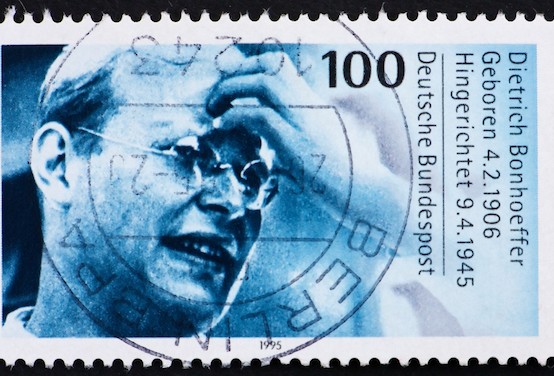 From The New York Times:


Scientists are now contemplating the fabrication of a human genome, meaning they would use chemicals to manufacture all the DNA contained in human chromosomes.
The prospect is spurring both intrigue and concern in the life sciences community because it might be possible, such as through cloning, to use a synthetic genome to create human beings without biological parents.
While the project is still in the idea phase, and also involves efforts to improve DNA synthesis in general, it was discussed at a closed-door meeting on Tuesday at Harvard Medical School in Boston. The nearly 150 attendees were told not to contact the news media or to post on Twitter during the meeting.
Organizers said the project could have a big scientific payoff and would be a follow-up to the original Human Genome Project, which was aimed at reading the sequence of the three billion chemical letters in the DNA blueprint of human life. The new project, by contrast, would involve not reading, but rather writing the human genome — synthesizing all three billion units from chemicals.
But such an attempt would raise numerous ethical issues. Could scientists create humans with certain kinds of traits, perhaps people born and bred to be soldiers? Or might it be possible to make copies of specific people?

Don’t worry, says the scientist in charge. Nothing to see here:

George Church, a professor of genetics at Harvard Medical School and an organizer of the proposed project, said there had been a misunderstanding. The project was not aimed at creating people, just cells, and would not be restricted to human genomes, he said. Rather it would aim to improve the ability to synthesize DNA in general, which could be applied to various animals, plants and microbes.
“They’re painting a picture which I don’t think represents the project,” Dr. Church said in an interview.

Right. And you know, Dr. Church might even believe that.
A year ago, a senior US medical researcher, a Christian, told me that the things scientists are contemplating in the bioethical field would utterly unnerve the public. These aren’t things coming far into the future, he said; these are things coming in the next 10 to 20 years. He said most of his colleagues are not religious believers, and see no particular moral or ethical problem with any of it. Science should be in service of human will, they think. Even the few Christians he knows in the field don’t see what the big fuss is. After all, we might be able to help people!
Watch. The post-human future is emerging. And, as Walker Percy warned:

It is the widespread and ongoing devaluation of human life in the Western world — under various sentimental disguises: “quality of life,” “pointless suffering,” “termination of life without meaning,” etc. I trace it to a certain mindset in the biological and social sciences which is extraordinarily influential among educated folk — so much that it has achieved the status of a quasi-religious orthodoxy…. Although it drapes itself in the mantle of the scientific method and free scientific inquiry, it is neither free nor scientific. Indeed, it relies on certain hidden dogma where dogma has no place. … The first: In your investigations and theories, [thou] shalt not find anything unique about the human animal even if the evidence points to such uniqueness. … Another dogma: Thou shalt not suggest that there is a unique and fatal flaw in Homo sapiens sapiens or indeed any perverse trait that cannot be laid to the influence of Western civilization. … Conclusion: It is easy to criticize the absurdities of fundamentalist beliefs like “scientific creationism” — that the world and its creatures were created six thousand years ago. But it is also necessary to criticize other dogmas parading as science and the bad faith of some scientists who have their own dogmatic agendas to promote under the guise of “free scientific inquiry.” Scientific inquiry should, in fact, be free. The warning: If it is not, if it is subject to this or that ideology, then do not be surprised if the history of the Weimar doctors is repeated. Weimar leads to Auschwitz. The nihilism of some scientists in the name of ideology or sentimentality and the consequent devaluation of individual human life lead straight to the gas chamber.

What will be the duties of good men and women in this world? What would Dietrich Bonhoeffer and Sophie Scholl do? We had better start thinking about it.


There’s a quickening. Can’t you feel it?
Source>http://www.theamericanconservative.com/dreher/nihilism-scientists-human-genome-walker-percy/
Posted by theodore miraldi at 9:27 AM