Trump Seals the Deal with 1238 Delegates 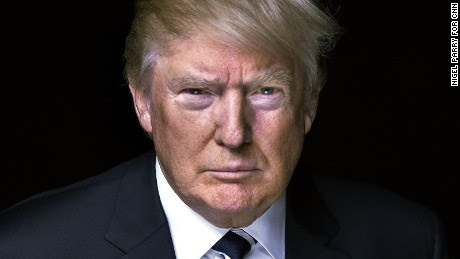 Donald Trump has reached the number of delegates needed to clinch the GOP presidential nomination, securing his status as the presumptive Republican nominee and avoiding a contested convention, according to a delegate count released Thursday by the Associated Press.
The AP reports that Trump was has reached 1,238 delegates, put over the 1,237 needed to win the nomination by a small number of the party’s unbound delegates who said they would support him at the convention. Trump will most likely add more delegates to his total before the convention in Cleveland, giving him a comfortable victory.
Trump’s achievement marks the completion of a primary campaign that has upended the political landscape and defied multiple predictions of failure from political commentators. It now sets the stage for a bitter fall campaign against likely Democratic rival Hillary Clinton.
Trump, a political neophyte who for years delivered caustic commentary on the state of the nation from the sidelines but had never run for office, fought off 16 other Republican contenders in an often ugly primary race.
Delegates Pledged to Republican Candidates Over Time | InsideGov
Many on the right have been slow to warm to Trump, wary of his conservative bona fides and concerned about his crass personality. A so-called “Never Trump” movement, featuring high-profile conservatives, has frequently considered running a third-party candidate, but such efforts have so far not produced a candidate.
But millions of grassroots activists, many who have been outsiders to the political process, have embraced Trump as a plain-speaking populist who is not afraid to offend.
Steve House, chairman of the Colorado Republican Party and an unbound delegate who confirmed his support of Trump, said he likes the billionaire's background as a businessman.
"Leadership is leadership," House told The Associated Press. "If he can surround himself with the political talent, I think he will be fine."
Others who confirmed their decision to back Trump were more tepid, saying they are supporting him out of a sense of obligation because he won their state's primary.
Cameron Linton of Pittsburgh said he will back Trump on the first ballot since he won the presidential primary vote in Linton's congressional district.
"If there's a second ballot I won't vote for Donald Trump," Linton said. "He's ridiculous. There's no other way to say it."
Trump announced his campaign in the lobby of Trump Tower on June 16, 2015. Trump had mulled a run for many years, and many observers – as Trump himself frequently notes – said he would never run. The speech set off a shockwave of controversy, specifically his provocative statement about illegal immigrants crossing the border from Mexico.
“When Mexico sends its people, they’re not sending their best. They’re not sending you. They’re sending people that have lots of problems, and they’re bringing those problems with us. They’re bringing drugs. They’re bringing crime. They’re rapists. And some, I assume, are good people,” Trump said.
Trump’s promise to build a wall between the U.S. and Mexico, and get Mexico to pay for it, as well as a pledge to ban Muslims from the United States until the country’s leaders “can figure out what the hell is going on” dominated the headlines, shocked his opponents and grew his support among the Republican base.
By breaking many political conventions, Trump put his opponents on the defensive, forcing them to respond to him and allowing him to set the tone for the primary contest.
One of his signatures was to deduce his critics' weak points and distilled those to nicknames that stuck. "Little Marco" Rubio, "Weak" Jeb Bush and "Lyin' Ted" Cruz, among others. They fell one-by-one -- leaving Trump sole survivor of a riotous Republican primary.
When voting started, Trump was not so fast out of the gate.
He lost the Iowa caucuses in February, falling behind Cruz and barely edging Rubio for second. He recovered in New Hampshire. From there he and Cruz fiercely engaged, with Trump winning some and losing some but one way or another dominating the rest of the primary season -- in votes or at least in attention -- and ultimately in delegates.
All the while, Republican leaders declared themselves appalled by Trump's rise. Conservatives called the onetime Democrat a fraud, and pointed to his past associations with the Clintons as well as his alleged flip flops on abortion and other hot button conservative issues. In March, 2012 GOP nominee Mitt Romney delivered a fierce speech, calling for Republicans to unite against the man he called a “phony.”
But their criticisms failed to stick. Republican leaders slowly began meeting with Trump and his staff, and endorsements from members of Congress started to trickle his way.
As with other aspects of his campaign, Trump upended the traditional role of money in the race.
He incurred relatively low campaign costs -- just $57 million through the end of April. He covered most of it with at least $43 million of his own money loaned to the campaign. He spent less than $21 million on paid television and radio commercials. That's about one-quarter of what Jeb Bush and his allies spent on TV. Bush dropped out of the race three months ago, after disappointing results in South Carolina.
The Associated Press contributed to this report.
Source>http://www.foxnews.com/politics/2016/05/26/trump-reaches-delegate-number-to-clinch-gop-nomination.html?intcmp=hpbt2
Posted by theodore miraldi at 2:14 PM