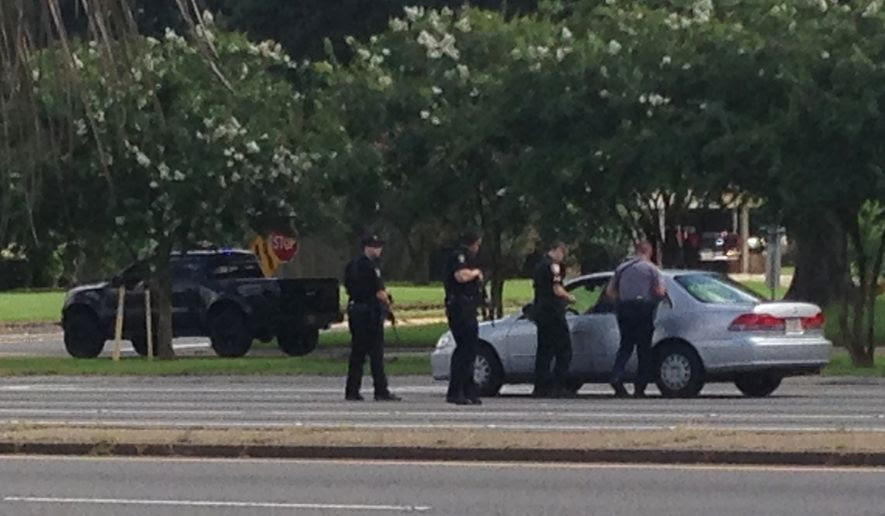 Andrea Noble
BREAKING!!!
At least three police officers are feared dead following a shooting in Baton Rouge, Louisiana, on Sunday morning, according to a elected local official.
East Baton Rouge Parish Mayor-President Kip Holden told CNN that “three police officers are feared dead” and an unknown number of others are injured following a shooting that took place at 9:30 a.m. Sunday.
Casey Rayborn Hicks, a spokeswoman for the East Baton Rouge Parish Sheriff’s Office, confirmed that law enforcement are “working a shooting incident involving officers” but was not able to provide further details. She said early Sunday that the scene remained active.
Baton Rouge Police Sgt. Don Coppola told The Associated Press that he not know the extent of the injuries or the precise number of officers injured. He said that authorities believe the “scene is contained,” meaning that a shooter was unlikely on the loose.
While initial reports indicated that a lone gunman was involved in the shooting, which occurred about a mile from police headquarters, police have not yet confirmed any details about a shooter or shooters.
Sunday’s incident comes after weeks of turmoil in Baton Rouge regarding police relations with minority communities.
A black man, Alton Sterling, was fatally shot by police outside a convenience store in the city where he was selling CDs during a struggle with two white police officers on July 5. Cellphone videos of his death sparked outrage and promoted nationwide protests.
A week after his death, five police officers were shot and killed in Dallas, Texas, by a lone gunman who sought to target white police officers during a Black Lives Matter demonstration.
In the wake of the police shooting in Dallas, departments across the country have been on edge after receiving a multitude of threats — many made through social media.
Baton Rouge Police pointed to threats of a plot to target officers during a protest last weekend as the reason for their deployment of heavy-handed tactics to break up and arrest scores of demonstrators. Authorities said four men broke into a pawnshop and stole eight handguns that they planned to use to harm police officers during the weekend protests.
The American Civil Liberties Union on Wednesday filed a lawsuit accusing Baton Rouge police of using excessive force to break up the protests and wrongfully arresting dozens who were peacefully assembled.
⦁ This article is based in part on wire service reports.
Source>http://www.washingtontimes.com/news/2016/jul/17/official-three-police-officers-feared-dead-in-shoo/
Posted by theodore miraldi at 12:36 PM