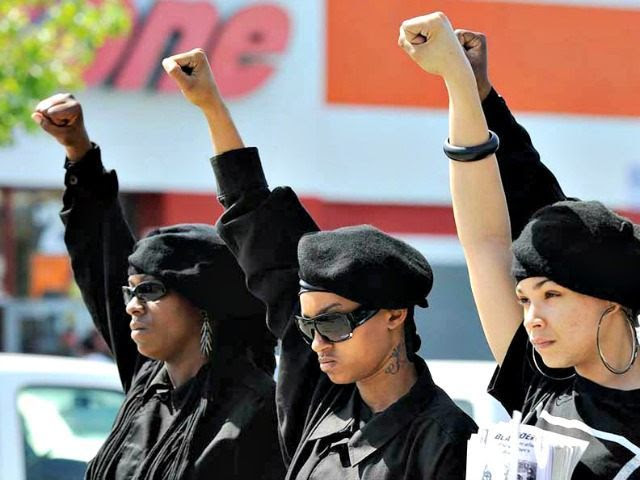 Babu Omowale, the so-called national minister of defense for the People’s New Black Panther Party, says his group and allied organizations have their sights set on establishing “our own government in a nation within a nation.”

Omowale was speaking in an interview set to air Sunday night on this reporter’s talk radio program, “Aaron Klein Investigative Radio,” broadcast on New York’s AM 970 The Answer and News Talk 990 AM in Philadelphia.
Omowale used the interview to claim five states as belonging to the “Black Nation”: Louisiana, Mississippi, South Carolina, Alabama, and Georgia.
The revolutionary stated: “We just need to start migrating back to those states and taking control of the economics in those states. If black people move in, most definitely white people will move out. So it’s not a hard process for us to have our own country within a country.”
Omowale is also co-founder of the Huey P. Newton Gun Club, a black militant gun group named after Black Panther Party founder Huey P. Newton. According to reports, Dallas shooter Micah X. Johnson “liked” the Huey P. Newton Gun Club and Omawale has saidthat he recognized Johnson from black community events in Dallas.
Asked by this reporter what his group’s endgame is, Omowale replied:

For now, however, Omowale says the goals are more short-term:

The Huey P. Newton Gun Club says on its website it is seeking to “develop over time to a regimented Black Army.”
“Our mission is to educate the masses of black people on the necessity of self,” states the website. “That includes self-preservation, self-defense, and self-sufficiency through militant culture.”
“We want freedom. We want the power to practice self-determination, and to determine the destiny of our community and THE BLACK NATION.”
Source>http://www.breitbart.com/big-government/2016/07/10/exclusive-new-black-panther-leader-country-within/
Posted by theodore miraldi at 10:28 PM