Democrats fire WARNING shots at Hillary, and she better listen 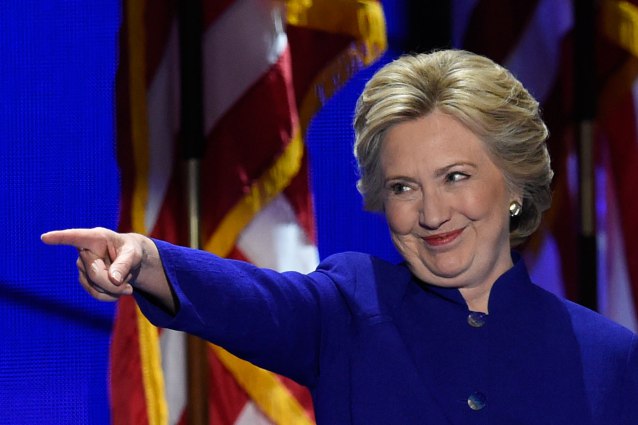 
After two days of tacking entirely left, Democrats finally tried to reach out Wednesday night to undecided voters — and had to contend with Bernie Sanders Democrats who booed down former Secretary of Defense Leon Panetta and sought to interrupt VP candidate Tim Kaine and current VP Joe Biden with chants against the Trans-Pacific Partnership trade deal.
Those boos and interruptions were meaningful because their purpose was precisely to warn Hillary Clinton against any pivot to the center — to threaten her with the possibility that the slightest betrayal of the Sanders agenda might lead a significant number of the 13 million Sanders voters to stay home, or vote for third-party candidates or even Donald Trump.
The threat is so meaningful that in his masterly concluding speech, President Obama made a direct appeal and challenge to those who are implicitly making it: “If you’re serious about our democracy, you can’t afford to stay home just because she might not align with you on every issue. You’ve got to get in the arena with her, because democracy isn’t a spectator sport.”
The threat is real. The polls tell the tale. Trump is now leading in the Real Clear Politics average following a significant convention bounce preceded and amplified by the slapdown of Hillary by FBI Director James Comey for her disgracefully careless handling of classified government information.
If these polls aren’t a transitory thing, Hillary Clinton has become the underdog in this race. Which means she’ll need those Sanders voters and the undecided voters the Sanders voters don’t want her to pivot toward. They want to make sure her presidency follows Bernie’s unambiguously leftist course rather than her own soft-left approach.
The undecided voting numbers in some polls are staggering — ranging from 13 to 24 percent. These are people unhappy with the choices they’ve been offered in the two most unpopular national politicians ever to run against each other.
So there’s a lot of opportunity there for Hillary. But she’s got a Sanders-sized ball-and-chain attached to her leg.
Leon Panetta hit the stage early in the evening with the first speech of the convention that really cast Hillary as someone who could be trusted to fight terror and keep the country safe. Sensible liberal commentators had, in fact, expressed concern that the first two nights had been almost entirely bereft of discussion of the need to take measures against the present terror wave at home and the need to destroy ISIS abroad.
That was Panetta’s charge. He said that Hillary Clinton had a plan to defeat ISIS and Boko Haram and other terrorist organizations, and that “we cannot afford someone who believes America should withdraw from the world, threatens our international treaties, and violates our moral principles.”
As Panetta spoke, members of the delegation from his own home state of California literally drowned him out, shrieking “no more war, no more war” and forcing him at one point to beg them to “let me point out something that just happened today.”
The savage irony here is that 22 years ago, Panetta came to the White House from Congress to serve as Bill Clinton’s chief of staff and was so down-the-line left-wing that to win reelection Clinton had to turn away from his counsel and import Dick Morris to find a way to run in the political center.
Panetta was trying to speak to the undecided voter with national-security concerns, just as Joe Biden (in the speech of his life) tried to speak the language of the working-class white voter with whom Trump is cleaning up. The noise-makers decided they were going to make it as difficult as possible for the supposed “change-maker.”
All in all, the Democrats are having a good convention. I’m no fan of Obama’s, but hearing him give a stemwinding patriotic address of a sort you usually only hear from the podium at a GOP confab was bracing and moving and showed exactly what the Republicans have surrendered this year in turning their party over to an insurgent disruptor who thinks the country is no longer great.
Even so, the warning shots across the candidate’s bow from inside her own party are real. Hillary Clinton has a complicated row to hoe if she’s going to dig up the votes she’s going to need to prevail in November.
Source>http://nypost.com/2016/07/28/democrats-fire-warning-shots-at-hillary-and-she-better-listen/
Posted by theodore miraldi at 9:41 AM