Democrats' LEGACY of HATRED and DEATH 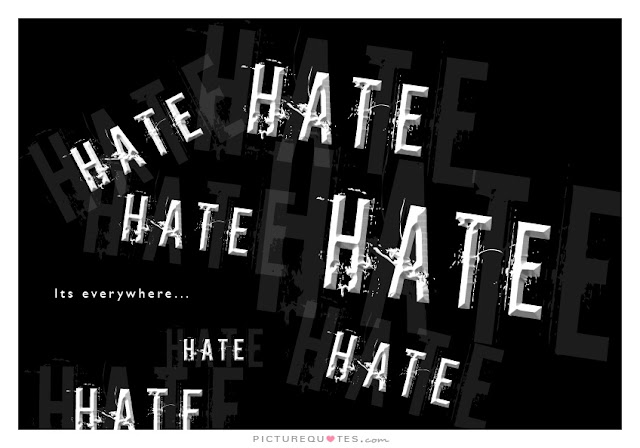 Appearing on Fox News on Monday, Milwaukee County Sheriff David Clarke excoriated speakers at the Democratic National Convention, contending that the party is “embracing criminality.” While it is certainly gratifying to hear a champion of law and order (Clarke even asserted that Hillary Clinton is a “confirmed liar” who left people to die in Benghazi and who should have been criminally indicted) speak the truth, it is even more gratifying to see the play that other anti-Hillary media is getting, and the distaste members of her own party have evidenced for the first woman nominated to run for president.

“Clinton Cash: The Untold Story of How and Why Foreign Governments and Businesses Helped Make Bill and Hillary Rich,” the 2015 New York Times bestselling book by Peter Schweizer and subsequent documentary film of the same name, as well as “Hillary’s America: The Secret History of the Democratic Party,” the documentary by filmmaker Dinesh D’Souza, are evidently being read and seen by many outside the sphere of conservative news junkies. Hillary Clinton has been heckled, booed, protested and recommended for incarceration by other Democrats; even the Turner Broadcasting System cable network recently had to issue an apology for comparing Ms. Clinton to a laughing hyena.
There’s little doubt that some of this has to do with the recent revelation by WikiLeaks of the Democratic National Committee’s sabotage of candidate Bernie Sanders in his bid for the Democratic Party nomination, but inasmuch as it has become clear to many Republican voters that their party’s leadership is abetting hard-line socialists among Beltway Democrats, it appears to have become clear to many Democrats that the antics of those Democrats are destroying our nation.
That brings us back to the criminality cited by Sheriff Clarke. While Hillary Clinton may epitomize the nefarious behavior that the Democratic Party has come to embody – lying, cheating, stealing and occasionally even killing – she is by no means the only one who can be held up as guilty.
Last Sunday on ABC’s “This Week,” Rep. Keith Ellison, D-Minn. – who, by virtue of being a Muslim, ought not have been permitted to run for any public office – said Republican presidential candidate Donald Trump was “the worst Republican nominee since George Wallace.” Wallace, actually a Southern Democrat, sought that party’s nomination for president in 1964, 1972 and 1976. Though Ellison was corrected by Rep. Tom Cole, R-Okla., who was also on the show, this was no error on Ellison’s part; it was just one of the countless millions of lies proffered by Democrats to characterize Republicans as racist.
Earlier this week, Democrat member of the House Armed Services Committee Rep. Hank Johnson, D-Ga., compared Jewish Israeli settlers to termites while speaking at an event sponsored by an anti-Israel organization. While this is certainly in keeping with the Islamist Obama administration’s deportment toward Israel, it evidences the racism that Democrats habitually attempt to project onto their Republican and conservative counterparts. It is also noteworthy, if highly ironic, that Rep. Johnson, who voiced fears several years ago that the island of Guam might tip over and capsize if too many people came to reside there, happens to be black.
The Congressional Black Caucus has repeatedly and shamelessly celebrated the murderous Castro regime in Cuba, and even black Democrats such as Barack Hussein Obama lionized the late Sen. Robert Byrd, once a high-ranking member of the Ku Klux Klan.
I could go on ad infinitum …
While at this point the Democrats’ more outrageous lies, hypocrisy and racism will only be embraced by certified mouth-breathing troglodytes, unfortunately there exists a substantial number of these shambling, braying creatures in any population, our electorate included.

“‘Hillary’s America’ covers key historical events whitewashed from the revisionist American history taught in schools. Moviegoers witness the brutal displacement of the Seminoles by then General Andrew Jackson, the viewing of virulently racist Birth of a Nation in the Wilson White House, the direct connection between the Ku Klux Klan and the Democratic Party, the Republican Party as the party of the abolitionists, the connection of eugenicist Margaret Sanger and the Nazis and Planned Parenthood, and Lyndon Baines Johnson’s intrinsic racism.”
– BarbWire.com

As detailed in “Hillary’s America” (and as most readers of this column already know), the Democratic Party stood for slavery and segregation, both of which resulted in the deaths of untold numbers of blacks. The party currently stands for unfettered abortion, which has led to tens of millions of deaths, an inordinate number of them among blacks. Under the pretext of public safety, the party supports firearms laws that put innumerable Americans at the mercy of the criminal element. Finally, the Democratic Party supports policies that have led to the deaths of American service personnel through politically correct rules of engagement, and American citizens as millions of illegal immigrants and now militant Muslims have been deposited within our borders as though our nation was a soon-to-be decommissioned latrine.
Why has the Democratic Party cultivated this legacy of death and historically attracted racists, eugenicists, genocidal maniacs and warmongers? I have no answer to that question, but I do know this: The Democratic Party has now been entirely co-opted by those dedicated to completely dismantling both our system of government and the rule of law. With regard to the First Amendment protections behind which these swine have cowered for so long, I defer to Republican presidential candidate Donald Trump’s defense of his call for moratoria on Muslim immigration; this being that the Constitution does not grant America “the right to commit suicide.”