And there you have it! Disgraced DNC chair fits right in with the rest of the criminals being staffed by the Clintons in an effort to try and steal the GENERAL ELECTION NEXT!
...tmiraldi 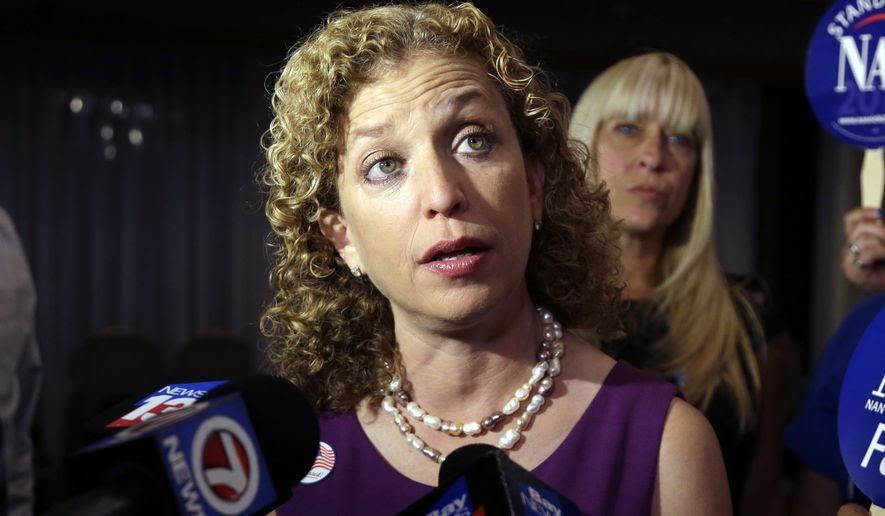 
She may be done with the Democratic National Committee, but former chair Debbie Wasserman Schultz was quickly picked up by the Hillary Clinton campaign.
Ms. Wasserman Schultz was widely criticized during the Democratic primary by supporters of Bernie Sanders of using her position at the DNC to tip the race toward Mrs. Clinton. At least some of that was confirmed at the weekend by the release by Wikileaks of internal DNC emails, which forced her to announce her resignation Sunday.
But in a reaction statement to reporters Sunday, Mrs. Clinton gave Ms. Wasserman Schultz a soft landing by announcing that she would join the Clinton campaign.
“I am glad that she has agreed to serve as honorary chair of my campaign’s 50-state program to gain ground and elect Democrats in every part of the country,” Mrs. Clinton said in the statement.
The statement went on to say that Ms. Wasserman Schultz “will continue to serve as a surrogate for my campaign nationally.”


In the same statement announcing Ms. Wasserman Schultz’s position with the Clinton campaign, the former secretary of state neither criticized Ms. Wasserman Schultz or other DNC staffers nor did she even mention why the former DNC chief had resigned.
Source>http://www.washingtontimes.com/news/2016/jul/24/debbie-wasserman-schultz-immediately-joins-hillary/
Posted by theodore miraldi at 7:48 AM