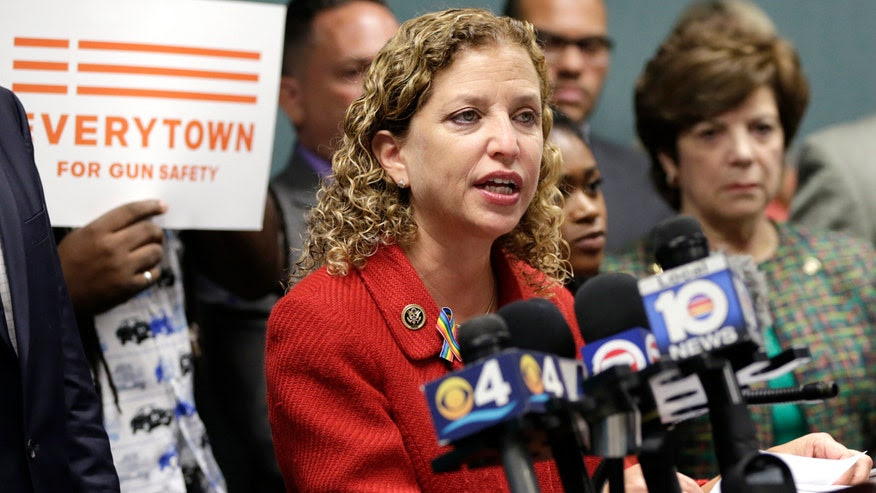 
More than 12 million Americans voted for Bernie Sanders in the Democratic primary contest. Over 2 million sent in money – at $27 a pop, on average – to finance his campaign. Millions more felt the Bern, turned out for his rallies and cheered on his promised revolution.
Little did all those folks know that the Vermont senator with the raspy voice and big ideas never had a chance. As Sanders often suggested, the Democratic National Committee decided that Hillary Clinton would be their party’s presidential nominee long before any votes were cast. It turns out the Democratic Party isn’t so democratic after all.
The DNC, headed by longtime Clinton ally Debbie Wasserman Schultz, created a debate schedule that guaranteed low viewership, was designed to stifle competition and made sure Hillary’s dominance in superdelegates would keep rivals at bay. There was so much bad blood late last year that Sanders sued the DNC after the party denied his campaign access to important voter data, a suit that was later dismissed.
From the start, the Clinton machine rolled right over Sanders like a steamroller.

As we now know from leaked emails, Wasserman Schultz was actively conspiring with operatives in her organization to discredit Sanders, to spread stories questioning his religious beliefs and to throw obstacles in his path. “He isn’t going to be president,” Wasserman Schultz proclaimed in one email message. She didn’t need to add: “if I can help it.”

And that, it turns out, was just the beginning. As we now know from leaked emails, Wasserman Schultz was actively conspiring with operatives in her organization to discredit Sanders, to spread stories questioning his religious beliefs and to throw obstacles in his path. “He isn’t going to be president,” Wasserman Schultz proclaimed in one email message. She didn’t need to add: “if I can help it.”
Why is anyone surprised? Wasserman Schultz was co-chair of Clinton’s failed campaign in 2008, but she undermined Clinton’s confidence by secretly reaching out and pledging her support to Barack Obama even before the primaries were finished. Long criticized as putting her career ahead of the party and for ethical lapses, like arguing that the DNC should pay for her wardrobe, Wasserman Schultz had to scramble to win back Clinton’s support and to squash critics who wanted her out of the prestigious post. Nothing could prove more effective than ruthlessly blocking Clinton’s potential rivals.

In spite of everything, Sanders did a heck of a job, trading on Clinton’s dishonesty and cynicism and lofting his socialist message to a new generation far to the left of its parents.
Clinton’s embrace of the dated policies of her husband’s presidency no longer satisfied the demands of the 21st century. Sanders came close, winning 1,846 delegates to her 2,205, not including superdelegates.
It was a remarkable run, especially in light of the obstacles thrown in his path by the DNC, and it set the course for the Democrat agenda.
Hillary tried to get rid of Sanders for months, batting at him like someone beset by gnats. Buoyed by his startling success in votes and fundraising, and clearly enjoying his notoriety, Sanders wouldn’t stand down.
In the end, Hillary had to pretend to buy into his progressive agenda. She adopted his stance on trade, coming out against Obama’s cherished TPP trade deal, which she had earlier endorsed. She came around to Sanders’ position on the minimum wage and on making college tuition-free. She denounced the Keystone Pipeline, even though would-be participants in that project had donated generously to the Clinton Foundation, which kept her on the fence for years. Hillary even started calling herself a progressive.
But none of it is real. Those Sanders followers who were deceived by the DNC have also been deceived by Clinton. In picking Virginia Sen. Tim Kaine as her running mate, she tossed the Sanders revolution overboard. Kaine is not a progressive; he does not share Sanders’ push for more bank regulation. He is not opposed to the TPP; he voted in favor of the fast-track authority that was meant to facilitate the deal.
Clinton bought Sanders off with some comforting left-wing language in the Democratic platform. It did the trick. Sanders conceded and has made it clear he will support Clinton.
His followers are not so sure; they have been marching in the streets. Already there have been more protests in Philadelphia than took place all last week during the Republican convention in Cleveland. The leaked emails have convinced them that their man was cheated, and they are correct.
Sanders set is to address the Democrat convention Monday night. Will he rally his supporters to back Clinton-Kaine? Or will he rail against the insulting treatment of his campaign?
It doesn’t really matter; his moment has passed. The Secretary of the Status Quo is firmly in charge.
Source>http://www.foxnews.com/opinion/2016/07/25/dnc-and-debbie-wasserman-schultz-insult-bernie-and-12-million-americans.html
Posted by theodore miraldi at 2:12 PM