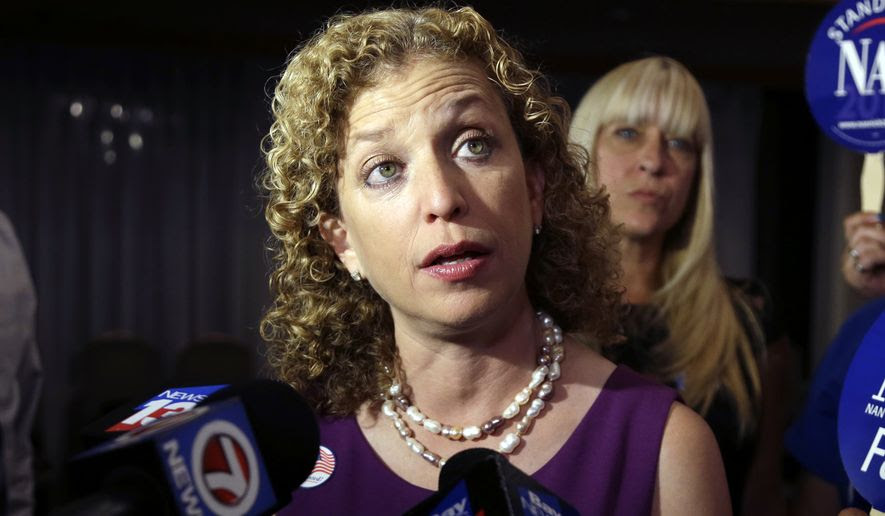 
Another shoe has been dropped by Wikileaks.
On the night President Obama and Vice Presidential nominee Tim Kaine were scheduled to speak to the Democratic National Convention in Philadelphia, the anti-secrecy whistle-blower group released hacked voicemails of top Democratic officials.
Wikileaks put up a page containing 29 mp3 files of calls, identified by phone number, running approximately 14 minutes combined.
None of the messages listened to by The Washington Times contained anything immediately obvious as embarrassing or incriminating.
However, the very fact the DNC voicemail system has been hacked is embarrassing and could augur the release of far more damaging material later.
The majority of the messages, several of the speakers of which address themselves to “Andrew,” are mostly pro-forma lasting a few seconds, and indicating only that the person has called and wants “Andrew” to call back.
Several concern matters of scheduling, for ambassador dinners, White House St. Patrick’s Day events, DNC gatherings and the Philadelphia convention. One caller asks about the best way to contact first lady Michelle Obama, and another asks “Andrew” for an unspecified favor.
A few calls are in the “unsolicited angry voter” genre, which politicians and journalists get by the bushel and are powerless over. However, they might now play as strange given the WikiLeaks released emails showing the DNC was trying to tilt the race toward Hillary Clinton.
“I am furious at what you’re doing with Bernie Sanders. He is having far too much influence,” says one of the longer callers, who identifies herself as a woman on a fixed income who donated to Hillary Clinton.
She demands the DNC “quit acquiescing to this person who’s playing the victim card” and giving talking points to Donald Trump to use against Mrs. Clinton.
Another elderly-sounding anti-Sanders woman is furious that the DNC let Mr. Sanders put prominent black philosopher Cornel West on the platform committee, noting Mr. West’s harsh criticisms of Mr. Obama as a “Republican in blackface.”
The release came just days after Wikileaks’ release of internal Democratic National Committee emails forced the resignation of DNC chairwoman Debbie Wasserman Schultz and cast a pall over the whole convention.
The emails showed that DNC officials had colluded to tip the presidential-primary race toward Hillary Clinton, contrary to Ms. Wasserman Schultz’s repeated insistence at the time that the DNC was remaining neutral.
In an interview with CNN, before the release of the recordings, Wikileaks founder Julian Assange had warned that there was “a lot more material” to come on the U.S. elections.
Source>http://www.washingtontimes.com/news/2016/jul/27/wikileaks-releases-hacked-dnc-voicemails/
Posted by theodore miraldi at 9:53 PM