Email dump has Democrats in chaos and worse may be ahead 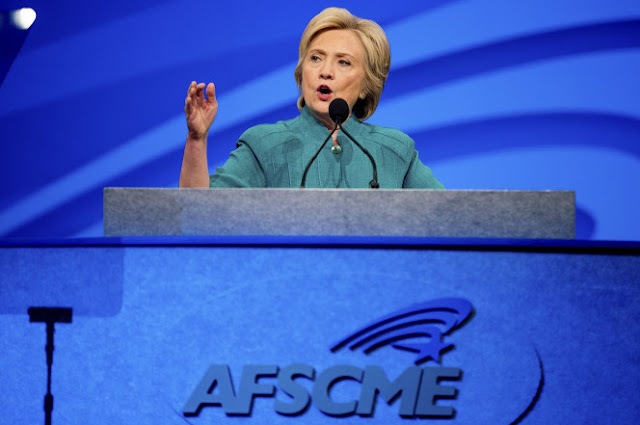 
The Clinton campaign and its allies spent Monday desperately trying to divert attention from their latest e-mail disaster by pointing an accusing finger at the Kremlin. But they must be privately worrying more about what other shoes will drop.
Especially if hackers really did access Hillary’s private server during all those years it sat unsecured in her home.
The immediate damage is bad enough: Even if it was the Russians who hacked the Democratic National Committee, no one’s denying the accuracy of the 20,000 messages dumped by WikiLeaks.
That dump has already turned the opening of the Democratic Convention into a disaster. By Sunday, the proof of DNC misdeeds against Bernie Sanders had already forced Debbie Wasserman Schultz out as party chief — and has now forced her entirely off the floor.
Then the convention opened with discord as newly angered Sanders supporters traded chants with Clinton’s backers. Heck, earlier it even had Sanders fans booing Sanders when he called on them to back Clinton. So much for Dems’ claim to unity.
The Republican gathering isn’t looking so messy anymore — and this is just the first dump. WikiLeaks promises more.
Worse, Democrats must now fear a dump of even private Hillary e-mails — the ones she deleted before ever letting the FBI touch her server.
Even as he publicly advised against prosecuting Clinton for her e-mail violations, FBI Director James Comey warned, “We assess it is possible that hostile actors” — read: Russia or China — “gained access to Secretary Clinton’s personal e-mail account.” Other experts call it near-certain.
And Comey declared flatly that those “hostile actors” did access accounts of some of her regular contacts.
The FBI chief also debunked Clinton’s claim that her use of a private server for government work presented no national-security problem. But it now looks like her bizarre arrangement also presents huge risks for her political security.
The odds are good that Hillary Clinton will face fresh e-mail woes all the way to Election Day. And for that, she has only herself to blame.
Source>http://nypost.com/2016/07/25/email-dump-has-democrats-in-chaos-and-worse-may-be-ahead/
Posted by theodore miraldi at 8:28 AM