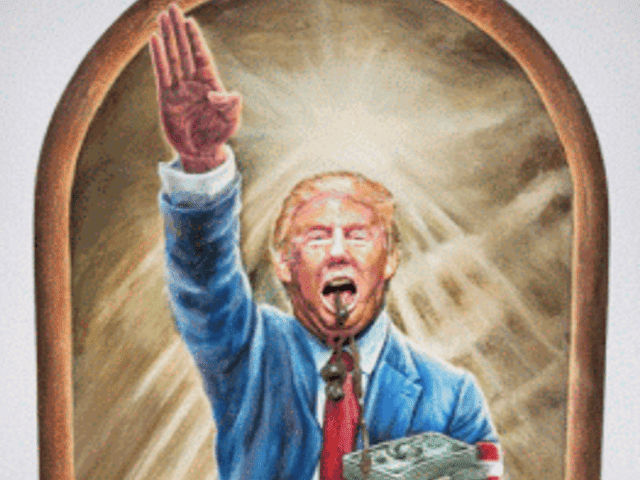 Jamie Kirchick, writing in the Los Angeles Times, asks readers to imagine a military coup against a future President Donald Trump — and argues why one would be necessary.

Kirchick cites the example of the recent failed coup in Turkey as a source of inspiration:

Americans viewing the recent failed coup attempt in Turkey as some exotic foreign news story — the latest, violent yet hardly unusual political development to occur in a region constantly beset by turmoil — should pause to consider that the prospect of similar instability would not be unfathomable in this country if Donald Trump were to win the presidency.

Kirchick goes on to argue that Trump is a nascent authoritarian, whose illegal military orders — such as torturing terrorists — the military would be required to ignore, and then resist by force.
Curiously, Kirchick cannot fathom Hillary Clinton doing anything illegal with the military (despite her mis-handling of classified national security information, or her evident pride in the Libya war, which Congress never approved):

Needless to say, such dystopian situations are unimaginable under a President Hillary Clinton, who, whatever her faults, would never contemplate ordering a bombing run or — heaven forbid — a nuclear strike on a country just because its leader slighted her small hands at a summit.

Kirchick concludes that unless voters stop Trump from becoming president, a violent coup may be the only solution: “Trump is not only patently unfit to be president, but a danger to America and the world. Voters must stop him before the military has to.”


Read the full article at the Times.
Source>http://www.breitbart.com/california/2016/07/20/coup-kirchick-los-angeles-times-suggests-president-trump/
Posted by theodore miraldi at 12:54 PM