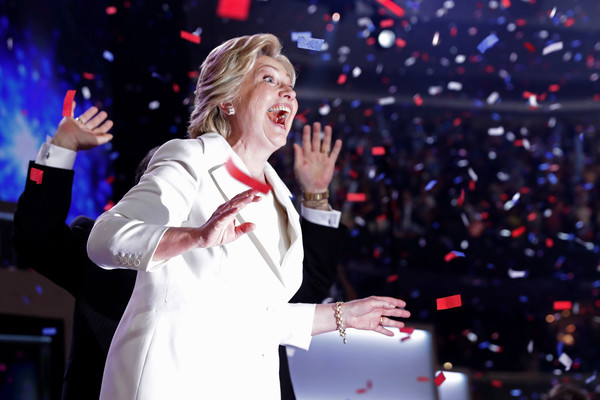 Share on FacebookShare on Twitter
The U.S. economy expanded less than forecast in the second quarter after a weaker start to the year than previously estimated as companies slimmed down inventories and remained wary of investing amid shaky global demand.
Gross domestic product rose at a 1.2 percent annualized rate after a 0.8 percent advance the prior quarter, Commerce Department figures showed Friday in Washington. The median forecast of economists surveyed by Bloomberg called for a 2.5 percent second-quarter increase.
The report raises the risk to the outlook at a time Federal Reserve policy makers are looking for sustained improvement. While consumers were resilient last quarter, businesses were cautious -- cutting back on investment and aggressively reducing stockpiles amid weak global markets, heightened uncertainty and the lingering drag from a stronger dollar.
“We’re just muddling through," said Joseph LaVorgna, chief U.S. economist at Deutsche Bank Securities Inc. in New York, who had forecast a 1 percent gain in second-quarter GDP. “Consumer spending looks good, but the problem is that the rest of the economy is soft. The economy remains vulnerable to downside risks. The Fed is right to be cautious."
Private fixed investment, which includes residential and business spending, dropped at a 3.2 percent pace in the second quarter, the most in seven years.
With Friday’s report, the Commerce Department also issued its annual revisions, updating the data back through 2013. The first-quarter’s reading was revised from a previously reported 1.1 percent gain.
For a story on U.S. GDP revisions, click here.
The new breakdown shows a more pronounced slowdown in the economy heading into 2016. The year-over-year growth rate cooled from 3.3 percent in last year’s first quarter to 1.9 percent in the final three months of 2015, rather than the previous downshift from 2.9 percent to 2 percent.
The easing in growth continued into the first half of this year. The year-over-year pace for the first quarter of 2016 was revised down to 1.6 percent from 2.1 percent, the revisions showed. That revised trajectory has implications for Fed officials, as they’re faced with an expansion that has been steadily losing steam.
Friday’s report also showed that in the second quarter, GDP expanded at a 1.2 percent rate from the same period a year earlier.
Economists’ second-quarter estimates for GDP, or the value of all goods and services produced, ranged from 1 percent to 3.2 percent, according to a Bloomberg survey. The growth estimate is the first of three for the quarter, with the other releases scheduled for August and September when more information becomes available.
Inventories were reduced by $8.1 billion in the second quarter, the most since third quarter of 2011 and subtracting 1.16 percentage points from the economy. At the same time, leaner inventories could set the stage for a pickup in production later this year should demand hold up.
Household consumption, which accounts for about 70 percent of the economy, grew at a 4.2 percent annualized rate, the biggest jump since the end of 2014 and adding 2.83 percentage points to growth. That followed a revised 1.6 percent increase from January through March. The Bloomberg survey median forecast for the second quarter was 4.4 percent.

Corporate spending on equipment, structures and intellectual property, decreased an annualized 2.2 percent after a 3.4 percent fall in the first quarter. Outlays for equipment dropped for the fourth time in the past five quarters. Spending on structures -- everything from factories to shops to oil rigs -- have increased in just one quarter since the end of 2014.
Inventories and the trade gap are two of the most volatile components in GDP calculations. To get a better sense of demand in the U.S., economists look at final sales to domestic purchasers, or GDP excluding inventories and net exports. That measure increased 2.1 percent last quarter after a 1.2 percent gain.
Also holding back economic growth in the second quarter was a decrease in residential investment, which fell at a 6.1 percent pace. That was the most since the third quarter of 2010 and marked the first decrease in two years.
Government spending also shrank last quarter, declining 0.9 percent, the most in more than two years as outlays for the military fell. States and municipalities also cut back.
The GDP report also showed price pressures remain limited. A measure of inflation, which is tied to consumer spending and strips out food and energy costs, climbed at a 1.7 percent annualized pace compared with 2.1 percent in the prior quarter.
Fed policy makers, who left interest rates unchanged this week,said risks to the U.S. outlook have “diminished” and the labor market is getting tighter, suggesting conditions are turning more favorable for an increase in borrowing costs.
Source>http://www.bloomberg.com/news/articles/2016-07-29/u-s-economy-grew-a-less-than-forecast-1-2-in-second-quarter
Posted by theodore miraldi at 10:35 AM