Reading this story literally made me sick! The Democrats and their league of LIARS, CRIMINALS, and ALTERNATIVE Humans are a flock of evil spewing fanatics willing to disrupt, deceive and fantasize their way to power at all costs. This story is not a singular event in the divisive propaganda war against God Loving, Mentally and Socially Adjusted Americans. How could things have gotten so bad? 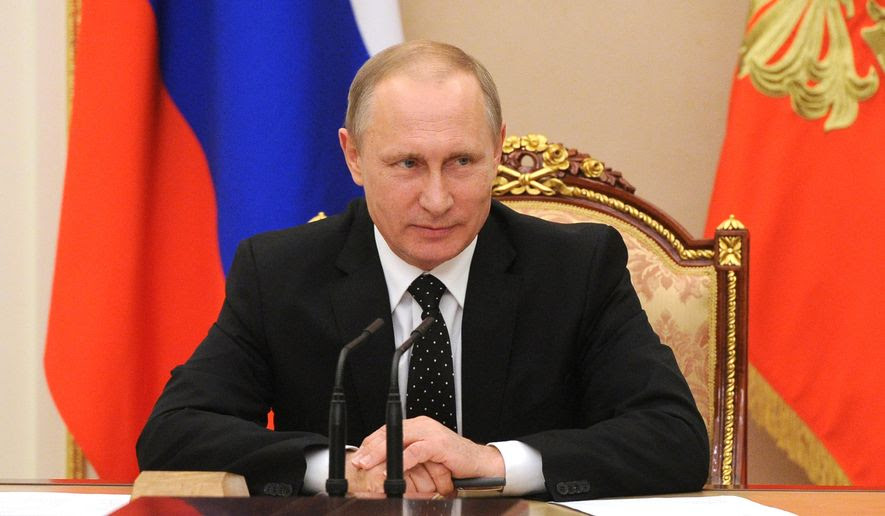 
President Obama is saying it’s possible that Russian President Vladimir Putin could be trying to tip the U.S. presidential election toward Republican nominee Donald Trump with the hack of emails from the Democratic National Committee.
“Anything’s possible,” Mr. Obama said in an interview with the “Today” show on NBC. “Donald Trump has repeatedly expressed admiration for Vladimir Putin, and I think that Trump’s gotten pretty favorable coverage back in Russia.”
Democrats have accused Mr. Putin of meddling in the presidential campaign after WikiLeaks released damaging emails from DNC officials showing that they tried to undermine the candidacy of Sen. Bernard Sanders.


In the interview, Mr. Obama said, “What we do know … is that the Russians hack our systems. Not just government systems, but private systems.”
Source>http://www.washingtontimes.com/news/2016/jul/27/obama-says-its-possible-putin-trying-help-trump-em/
Posted by theodore miraldi at 7:01 AM