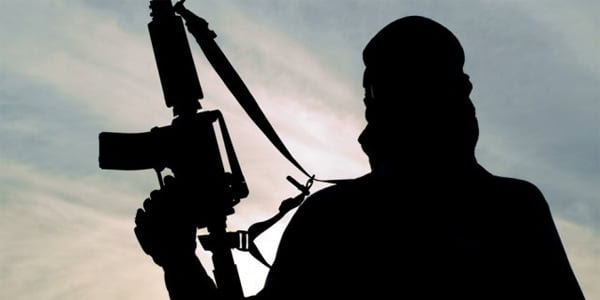 How to explain the refusal of President Obama, Hillary Clinton and others to admit the world faces an Islamic terror problem? Their ideology has tied a handkerchief around their eyes, according to New York Times bestselling author Jerome Corsi.

“The left is just blind, intentionally blind, to the reality of radical Islamic terrorism,” Corsi said during a recent appearance on RadioFree Rocky D. “It’s this political correctness.”
Corsi, a WND senior staff writer and author of the new book “Partners in Crime: The Clintons’ Scheme to Monetize the White House for Personal Profit,” stressed that while not all Muslims are terrorists, American leaders must face up to the fact the U.S. is at war with radical Islamic terrorists.
He said this must include calling out the Muslim Brotherhood as the terror financiers they are, not giving them control over major parts of the U.S. government, as the Obama administration has done.
It also must include working with moderate Muslims, not shunting them to the side. Corsi pointed out President Abdel Fattah el-Sisi of Egypt has begged Obama to work with moderate Muslims in his country, but the U.S. president has rebuffed el-Sisi’s overtures because Obama preferred Mohamed Morsi and the Muslim Brotherhood to hold power in Egypt.
Progressives, as well as all Americans, need to get honest about the jihadist threat, according to Corsi. He noted Orlando shooter Omar Mateen called police and pledged allegiance to ISIS, yet Obama still did not utter the words “radical Islamic extremism” or “terrorism” in connection with the massacre.
The common progressive retort is that those who carry out terrorist acts in the name of Islam are not true Muslims and have only “perverted” Islam.
“It’s ridiculous,” Corsi scoffed. “The average person knows it’s ridiculous, and it’s insane to be bringing hundreds of thousands of people from Syria who are not vetted at all. We don’t know who these people are.”
Corsi agreed with host Rocky D there’s no way to effectively vet incoming Syrians because many of them convert to more radical forms of Islam once they are already in the U.S. or Europe.
“Now, between the EU and Obama, we have radical Islamic jihadists planted all over Europe and all over the United States, and they’re all ticking time bombs,” Corsi warned.
Open borders, multiculturalism and political correctness have destroyed Europe, in Corsi’s view. He said the EU, with its insistence on a common, porous border, has failed. Now he wonders when individual European nations will finally realize they face an existential crisis from radical jihadists.
“How many terror events is it going to take before France wakes up to the fact that there isn’t going to be a France if in fact these terrorists continue?” Corsi asked. “What’s it going to take France to wake up? What’s it going to take for the United States to wake up?”