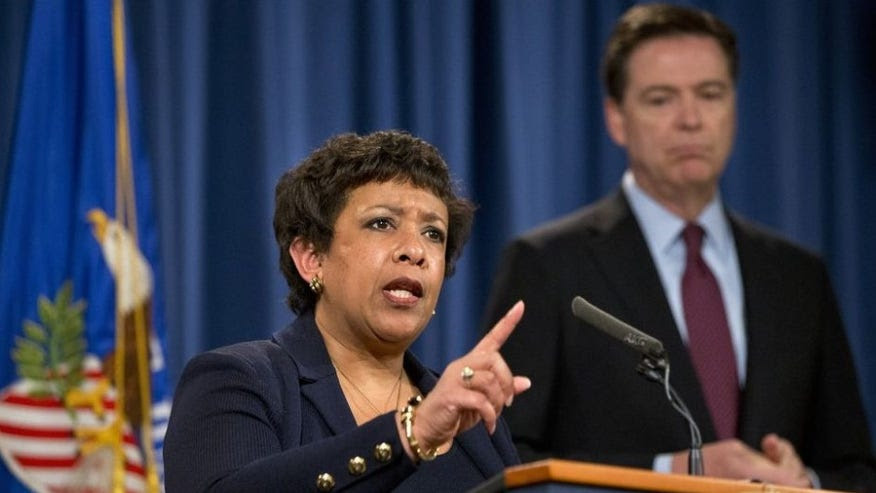 
The FBI has refused for a second time in six months to answer key lawmakers' formal questions about the bureau's handling of the Hillary Clinton email scandal, including pointed queries about whether the former secretary of state received preferential treatment, Fox News has learned.
Despite a deadline of July 20, direct questions posed to FBI Director James Comey by the Republican chairman of the Senate Judiciary Committee regarding Comey's decision not to recommend an indictment of Clinton remain unanswered. The Judiciary Committee has direct oversight responsibility for the bureau.
“ … the FBI should provide a detailed written accounting of the scope of its investigation, the investigative steps it took, and the evidence it gathered in the course of its investigation,” Sen. Charles Grassley, R-Iowa,  wrote in a six-page letter to Comey dated July 6. “Until the FBI does so, much of the public will rightly be skeptical of the integrity of this investigation.”

Expand / Contract
FBI Director James Comey declined to recommend that the Justice Department seek an indictment against Clinton.
Fox News has confirmed there is still no response to the strongly- worded letter, in which Grassley charged that Comey’s public statement about his decision not to recommend criminal prosecution “contained a number of inconsistencies that also raise questions as to how the FBI reached its conclusions.”
Grassley wants the evidence and findings of the year-long probe released, so that the public can independently judge how the nation’s pre-eminent law enforcement agency recommended against criminal charges.  The lawmaker also wants to know why Comey, who characterized Clinton’s handling of classified information as “extremely careless” did not find her in violation of a federal statute for which the threshold is “gross negligence.”
Grassley noted that he wrote Comey Feb. 4 with specific questions about the investigation and a deadline of Feb. 18, and only received a reply in early July.
In the most recent letter, Grassley pressed Comey on his conclusions, given some of the emails Clinton sent or received on her private, unauthorized server were marked classified, containing the classified portion marking, for “confidential,” the lowest level of classification.

Expand / Contract
Grassley's effort to get answers has been stymied.(Reuters)
The senator also questioned whether the FBI took extreme steps to accommodate the former secretary of state and her aides, agreeing at one point that some questions would be off limits for Clinton’s personal attorney and former chief of staff Cheryl Mills, citing the American Bar Association Model Rules of Professional Conduct covering “Special Conflicts of Interest for Former and Current Government Officers and Employees.”
Grassley also questioned whether the FBI investigated possible violations of law which involve the retention and destruction of federal records under another statute which “prohibits concealing or destroying such federal records.”
And given Hillary Clinton’s public statements that she never sent or received classified information, or any emails marked classified, which the FBI found to be wrong, Grassley asked if the FBI weighed “the probative value of this cavalcade of false statement in determining her guilt and intent, as it should have been under the law?”
In addition, as first reported by Fox News, Grassley said he was troubled by the FBI’s efforts to gag its agents by requiring the agents to sign “non-disclosure agreements.”
During the course of the ongoing reporting for Fox News, chief intelligence correspondent Catherine Herridge specifically asked the  FBI director on May 11 during a  “pen and pad” briefing about whether special rules applied to Hillary Clinton.
“I’m not going to comment, other than to say there are no special set of rules for anybody that the FBI investigates,” Comey said in response to a question about whether lower-level security clearance holders would escape penalties if they had done “a fraction of what had been done by Mrs. Clinton’s team.”
Indeed, Grassley asked Comey in his letter to specifically comment on the case against Navy Reservist Bryan Nishimura, who was convicted in 2015 of transferring classified information from classified government systems to his unclassified personal electronic equipment. Nishimura was fined $7,500 and placed on probation for two years.  He also agreed to surrender all security clearances and to never again seek such clearance.  Nishimura declined to comment to Fox News.
Under Comey’s leadership, the 35,000-employee bureau declares it prioritizes investigations which “protect the United States against foreign intelligence operations and espionage ” and further states on its website  that “public corruption is the FBI’s top criminal investigative priority” as it “poses a fundamental threat to our national security and way of life” and to “combat public corruption at all levels.”
One issue posed by Grassley raised the question that the investigation into Clinton, which was reportedly expanded to include her family’s controversial family foundation, could be ongoing.


“Did the FBI investigate or is the FBI currently investigating allegations of public corruption relation to the Clinton Foundation and former President Clinton’s speaking fees from foreign governments?” Grassley wondered. “If not, why not?”
Source>http://www.foxnews.com/politics/2016/07/22/senator-stiff-armed-over-concerns-fbi-double-standard-for-hillary-clinton.html
Posted by theodore miraldi at 3:03 PM