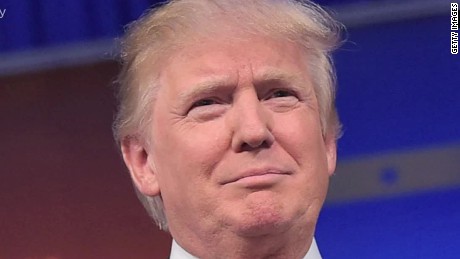 CLEVELAND –  Donald Trump – the billionaire businessman who built a real estate empire, parlayed that success into a hit TV show and then shifted gears to become a convention-defying political sensation – closed the biggest deal of his life Tuesday in Cleveland, formally becoming the Republican nominee for president.
His home state of New York put him over the top, with enough delegates to cross the threshold of the 1,237 needed to claim the nomination. Son Donald Trump, Jr., speaking for the delegation alongside other Trump family members, shouted, “Congratulations Dad, we love you” -- as the giant TV screen on the floor declared him “Over the Top.”
For the most part, the Republican convention roll call was a striking picture of unity, in sharp contrast to the unrest on the floor a day earlier.
Many delegates shouted “we want Trump” as they cast their votes for the billionaire businessman. Despite threats by anti-Trump forces to once again disrupt proceedings, protests were few and far between, and largely kept under control. In one unusual moment, the presiding officer awarded all of Washington, D.C.’s delegates to Trump, even though the delegation announced them going to ex-candidates Marco Rubio and John Kasich.
Indiana Gov. Mike Pence is set for his vice presidential nomination vote next.
The roll call completes Trump’s ascent from a celebrity candidate once dismissed by some pundits as a sideshow to GOP standard-bearer now leading the party into an expected general election brawl against former Secretary of State Hillary Clinton in November. Trump, with an off-the-cuff, no-nonsense style, systematically defeated 16 other GOP rivals over the course of one of the rowdiest primaries in modern history to arrive at this moment.
With the nomination in hand, he formally shifts to the general election fight he’s effectively been waging for weeks. While he’s been drastically outspent so far by Clinton and the Democrats, the candidate has been fundraising and is expected to ramp up his operation heading out of the convention.
Sen. Jeff Sessions, R-Ala., one of Trump’s earliest congressional supporters, delivered the nominating address that kicked off the roll call Tuesday evening, calling Trump a “warrior and a winner.”
“He loves his country, and is determined to see it be a winner again,” Sessions said.
The nomination follows an at-times rocky first day for the Republican National Convention. Party officials grappled with an uproar on the floor on Monday as anti-Trump delegates tried to force a roll-call vote on rules that bound many of them to back Trump. The bid failed, but the anti-Trump forces caused a commotion on the floor.
And while the first night of speakers focused heavily on security and featured a mostly well-received speech from Melania Trump, that reception was muddied by subsequent controversy over passages that were similar to a speech Michelle Obama gave at the Democrats’ 2008 convention.
Trump’s campaign tried to brush past the controversy Tuesday, downplaying the similarities even as Trump’s former campaign manager Corey Lewandowski criticized their handling of the matter. Lewandowski later made an appearance on the floor as a delegate for New Hampshire, announcing the bulk of his state’s delegates going to Trump, whom he called “my friend and the next president of the United States.”
Meanwhile, the second night of speakers includes senior establishment Republicans – a chance for party leaders to give a clear signal of party unity after the fractious primary.
House Speaker Paul Ryan and Senate Majority Leader Mitch McConnell are set to speak, as are former Trump rivals – and now-allies – Ben Carson and New Jersey Gov. Chris Christie.
Ahead of the roll call, Pence made a surprise appearance at a conservative forum in downtown Cleveland where he delivered an impassioned appeal for unity.
“The time has come for us to come together,” Pence said.
He closed with a ringing endorsement of his running mate: “He loves this country. He believes in the American people and their boundless potential. He is unintimidated by the world but he is in awe of the people of this country.”
Source>http://www.foxnews.com/politics/2016/07/19/trump-closes-deal-becomes-republican-nominee-for-president.html
Posted by theodore miraldi at 7:41 PM