Trump: No More Classified Briefings for a LIAR 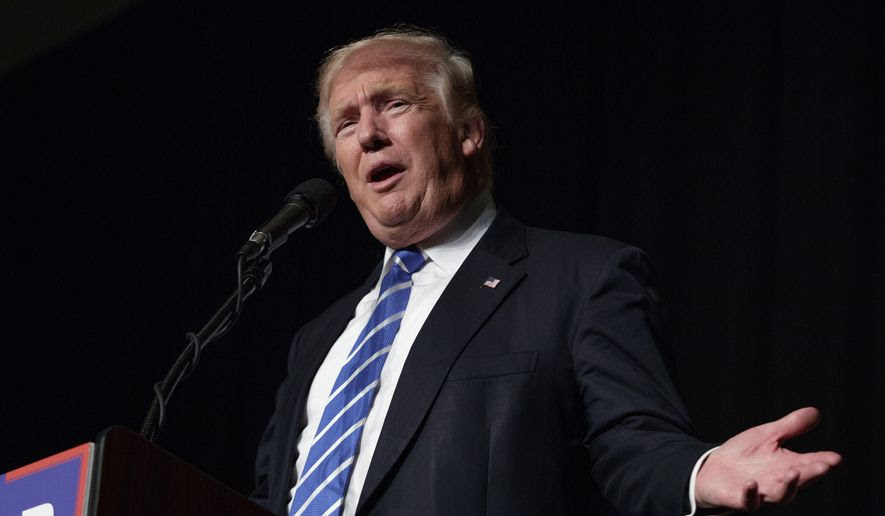 PHILADELPHIA — Donald Trump says Hillary Clinton should “absolutely” not be allowed to get the security briefings typically afforded to major-party presidential nominees.
“I said yesterday, long before they even thought of it, I said that she shouldn’t get it,” Mr. Trump said on Fox News’ “On the Record with Greta Van Susteren” Thursday evening. “She deleted 33,000 emails. You saw what the FBI said, she was negligent. … I’ve never seen anything, actually, like a report like that.”
“But they said she was negligent, and she lied. I mean, she lied,” he said. “And I said yesterday she shouldn’t be allowed to get briefings. She should absolutely not be allowed to get briefings, because anything she gets, she has a phony server. What she’s done is incredible.”
Mrs. Clinton formally accepted the Democratic presidential nomination on Thursday, and she and Mr. Trump are now in line to start getting classified security briefings as the two major-party presidential nominees.
She said in her Thursday speech at the Democratic National Convention that someone with Mr. Trump’s temperament shouldn’t have access to the country’s nuclear weapons.
“A man you can bait with a tweet is not a man we can trust with nuclear weapons,” she said.
Senate Minority Leader Harry Reid suggested this week that the intelligence community should give Mr. Trump fake briefings. But the White House said Thursday the administration is confident that intelligence officials can give both Mr. Trump and Mrs. Clinton sufficient briefings without compromising national security information.
House Speaker Paul D. Ryan had previously asked Director of National Intelligence James R. Clapper not to give Mrs. Clinton any classified information during the presidential campaign because of FBI Director James B. Comey’s testimony about how careless she and her team were in setting up her private email server.
Mr. Trump also said “obviously” he was being sarcastic when he said this week he hoped Russia had Mrs. Clinton’s missing emails.
“A lot of people really smiled and laughed. It was said in a sarcastic manner, obviously,” he said.
Source>http://www.washingtontimes.com/news/2016/jul/29/donald-trump-hillary-clinton-should-absolutely-not/
Posted by theodore miraldi at 9:19 AM