Trump SPEECH can win it all

Americans are poised to answer a call to return to greatness 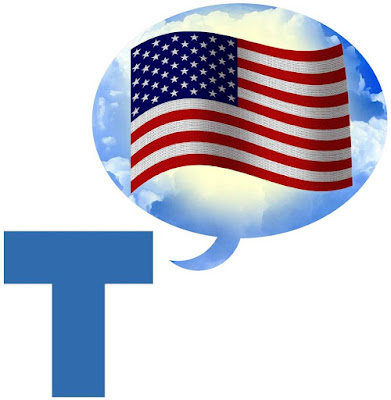 
Tonight in Cleveland, Donald Trump will accept the Republican nomination for president of the United States. His ascent is the most astonishing political story of our lifetimes, and he achieved it with breathtaking fearlessness, cleverness, wit and smarts. Most importantly, he had from the start an extraordinary sixth sense of the anger, betrayal and anxiety roiling voters and driving their desire to smash the existing order.
When he steps onstage tonight, he should channel two of the most extraordinary leaders in recent memory who also reinvented politics and changed their nations’ trajectories with principle, courage and an unsinkable happy warrior spirit: Ronald Reagan and Margaret Thatcher.
In fact, he’d be wise to start with Mrs. Thatcher, who, two years before she was elected prime minister, gave a powerful speech that condemned the wreckage of British socialism and served as a rallying cry for the restoration of British greatness. Today it could serve as a crucial template, given Mr. Trump’s resonant theme, “Make America great again.”
In 1977, Mrs. Thatcher, then the opposition leader in Great Britain, spoke to the Zurich Economic Society. By then, it was clear that under the “old” Labor government, Britain was weak, flailing, lost, crushed by deadening statism. The country was broke and held hostage by its powerful unions, which used paralyzing strikes to extort huge demands. Garbage piled up on every corner, courtesy of striking sanitation workers. Dead bodies rotted in the open air, thanks to striking gravediggers. Inefficient state-run industries and suffocating regulations had turned the once-great empire into a socialist Third World backwater.
The moment was ripe for a strong leader who refused to resign herself and her nation to such a fate. The moment was ripe for someone to reverse the economic stagnation and to tell the truth about what turning around that national decline would require. The moment was ripe for an unapologetic call to pro-growth capitalism, individual freedom and moral leadership.
“Where the state is too powerful,” she said, “efficiency suffers and morality is threatened. Britain in the last two or three years provides a case-study of why collectivism will not work. It shows that ‘progressive’ theory was not progressive. On the contrary, it proved retrograde in practice. That is a lesson that democrats all over the world should heed.”
Mrs. Thatcher didn’t shrink from making the brutally honest case against socialism: “In the end,” she thundered, “the real case against socialism is not its economic inefficiency, though on all sides there is evidence of that. Much more fundamental is its basic immorality.”
Ah, a leader who was unafraid to make the moral case for the free market. A leader who rejected declinism with every fiber of her being and who made it her life’s work to reverse it by cutting taxes, restraining spending, privatizing industries, deregulating, reining in inflation, subduing the unions and flexing British military muscle.
The necessary reforms were not without pain, and at one point, her job approval sank to 23 percent. She was, however, ultimately vindicated by a long, sustained cycle of economic growth and national strength. In the end, she had defied the critics, cowards, thugs and defeatists to do what they had deemed impossible: She had restored Britain’s greatness.
In her Zurich speech, Mrs. Thatcher also did something as critical as laying out a policy program. She hit a powerfully sunny note: “Yet I face the future with optimism. Our ills are creating their own antibodies. Just as success generates problems, so failure breeds the will to fight back and the body politic strives to restore itself.”
She struck a chord that made her and her political soulmate, Mr. Reagan, extremely effective reformers. They believed in their nations. They believed in their people. And they believed in the regenerative dynamism of liberty. In times of crisis, we have always created our own antibodies for survival and a return to full health.
The circumstances of today’s American crisis are different than those faced by Mr. Reagan and Mrs. Thatcher, but the basic challenge is largely the same: to reverse corrosive leftism and its attendant decline.
None of this will be easy, and success is not guaranteed. The problems are immense, the entitlement culture is entrenched, and the leftists will not go down without a fight. But with strong presidential leadership, the turnaround will be stunning to behold.
Mr. Trump instinctively knows that Mr. Reagan and Mrs. Thatcher succeeded largely because their messages were correct on policy and positive in attitude. He knows we need to summon courage and selflessness. We need to tell the truth about what’s happened and what’s required — of all of us — to get us back on track.
It’s time to return to the idea of Big America (as opposed to Big Government America): high growth economically, powerful militarily, strong politically, dynamic culturally, and adventurous from sea to space. It’s time to reclaim American exceptionalism.
Mr. Trump is already instinctively leading us to it. And tonight, he should joyfully remind us that the restoration of American greatness is within reach.
Source>http://www.washingtontimes.com/news/2016/jul/20/the-speech-donald-trump-should-give-tonight-to-win/
Posted by theodore miraldi at 1:08 PM