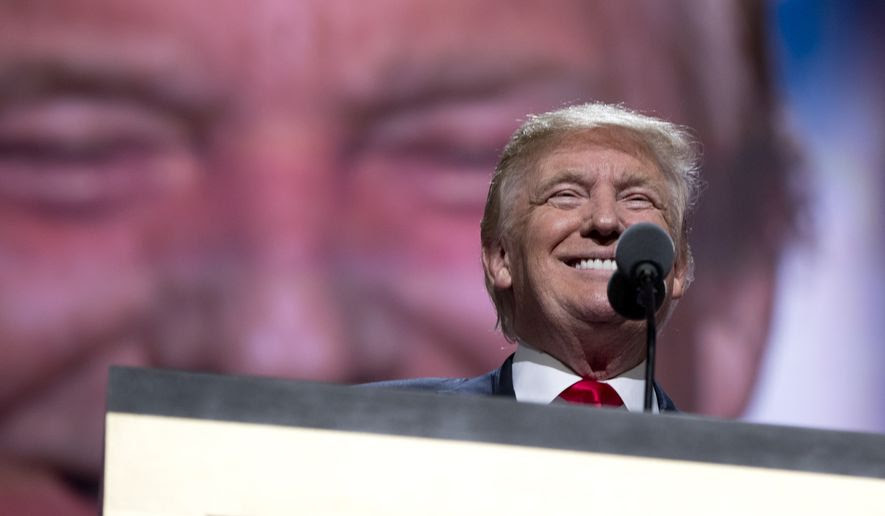 
PHILADELPHIA — GOP presidential nominee Donald Trump has surged out to a lead in the polls after the GOP convention, enjoying a significant bounce from a mostly unified party.
Sen. Ted Cruz’s refusal to endorse Mr. Trump does not appear to have harmed the billionaire businessman, who did earn the full backing of other top figures such as Sen. Marco Rubio and Wisconsin Gov. Scott Walker during last week’s convention.
A CNN/ORC poll puts Mr. Trump up 48-45. When the Libertarian Party and Green Party nominees are included, Mr. Trump leads 44-39.
And Mr. Trump held a lead of 44-40 over likely Democratic nominee Hillary Clinton in a new survey by Morning Consult, an elections analysis firm.
The poll showed Mr. Trump consolidating his base, with 85 percent of self-identifiedGOP voters now behind him — up from 79 percent the week before.
Meanwhile a CBS poll of battleground states also showed Mr. Trump taking the lead with a small jump from 40 percent to 42 percent, while Mrs. Clinton remained static at 41 percent.
Analysts say a small bounce after a convention is natural, and say to give the race a couple of weeks after Mrs. Clinton’s convention in Philadelphia beginning Monday to let the surveys settle.
Source>http://www.washingtontimes.com/news/2016/jul/25/donald-trump-surges-lead-after-gop-convention/
Posted by theodore miraldi at 7:55 AM