When bullies get pushback

‘Progressives’ attempt to silence climate change dissenters and pastors, too 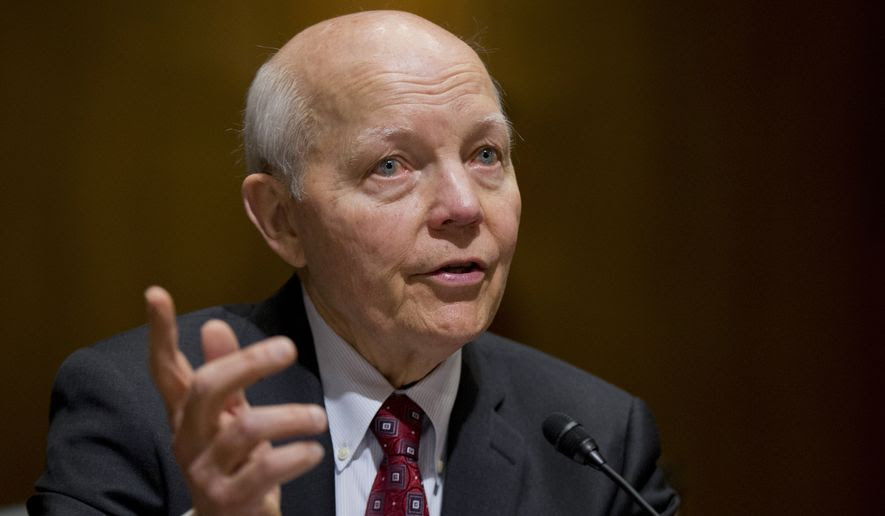 ANALYSIS/OPINION:
The most important thing to learn about bullies is that they don’t expect resistance, and when it comes, they often back down — but not if the pushback isn’t serious.
Several instances come to mind.
AGs United for Clean Power, a coalition of 16 Democratic state attorneys general plus the Virgin Islands’ Claude E. Walker, announced on March 29 that they would use government power to throttle climate change dissent. Mr. Walker issued subpoenas to Exxon Mobil seeking communications with more than 100 scientists, universities and think tanks.
They took a cue from Sen. Sheldon Whitehouse, Rhode Island Democrat, who suggested last year that civil racketeering law could be used against energy companies like Exxon Mobil that allegedly suppress data indicating that fossil fuels cause global warming.
Last September, a group of 20 professors (now known as the RICO-20) wrote to President Obama urging him to open a federal agency jihad against individuals and think tanks that were identified as climate change skeptics.
This is becoming the go-to progressive tactic: Cry “fraud” or simply “that’s illegal” when people disagree with you, and bury them in endless document deposition requests and other legal expenses. Sic federal agencies on them when you can.
The good news here is that pushback began almost immediately. One of the targets, the Competitive Enterprise Institute, filed an open records request that exposed nearly 200 emails indicating collusion between two of the RICO-20 professors and climate change activists. In May, Virgin Islands Attorney General Walker withdrew his subpoena to CEI, which is now pursuing sanctions against him. Good for them.
Along the same lines, House Science Committee Chairman Lamar Smith, Texas Republican, sent congressional subpoenas last week to several attorneys general and nonprofit organizations — including the Union of Concerned Scientists — demanding access to correspondence. The Union, without a hint of irony about its own conduct, accused Rep. Smith of an “abuse of power.”
The campaign to criminalize climate change dissent is perhaps the most publicized government bullying, but it’s just part of a larger progressive pattern to silence opponents.
In October 2014, Houston Democratic Mayor Annise Parker’s office issued subpoenas asking pastors active in opposing a “bathroom” ordinance for copies of their sermons, speeches and even emails with their own church members. After a quick legal challenge and national shock over this stunningly ham-handed attempt to crush the pastors’ First Amendment right to free speech, the mayor’s office backed down, acknowledging only that the orders were “overly broad.” Yeah, that’s the ticket.
In Wisconsin, hyperpartisan Democratic District Attorney John Chisholm launched a “John Doe” multicounty criminal investigation of conservative groups and individuals who he contended had illegally coordinated with Gov. Scott Walker’s re-election campaign in 2012.
During para-military-style early morning raids, police stormed into people’s homes, denied the targets of the raids immediate access to lawyers, and then imposed gag orders on them so they could not tell anyone about what had been done to them.
Ah, life in progressive America, where pastors and families alike are threatened by jack-booted government.
The pushback in Wisconsin came when the state Supreme Court halted the inquiry, holding that “the prosecutor has disregarded the vital principle that in our nation and our state political speech is a fundamental right and is afforded the highest level of protection.” Most of us thought that was settled back in 1791, when the Bill of Rights was ratified.
The best example of progressive bullying with no sufficient pushback is the Obama Administration’s use of the Internal Revenue Service as a political goon squad.
In 2010, Sen. Max Baucus, Montana Democrat, openly pressured the Internal Revenue Service to investigate Tea Party groups, followed by similar letters to the IRS from other prominent Democrats. It worked.
In the most egregious instance, after True the Vote founder Catherine Engelbrecht applied for tax exempt status in 2010, she and her husband were subjected to six FBI domestic terrorism inquiries, an IRS “visit,” two IRS business audits, two IRS personal audits, and inspections of their business by the Bureau of Alcohol, Tobacco and Firearms (ATF), and the Occupational Safety and Health Administration (OSHA). No one has answered for these Soviet-style actions by the Obama administration to silence her.
IRS Commissioner John Koskinen was brought in supposedly to clean up the mess left by departed nonprofit section official Lois Lerner and other partisan IRS employees. Instead, he has effectively thwarted the effort. The House Oversight and Government Reform Committee woke up long enough to vote along party lines on June 17 to censure Koskinen, but so what? He’s still running the IRS.
Last Thursday, conservative House members finally paved the way for a possible floor vote later in the year to impeach Mr. Koskinen for blocking inquiries, lying under oath, “losing” emails (sound familiar?) and ignoring a congressional subpoena.
For more than seven years, the Obama administration and its allies have run roughshod over civil liberties in their quest to turn us into a European-style socialist nation, and lately, a modern-day Sodom and Gomorrah.
What’s needed, better late than never, is the kind of serious pushback conducted by Rep. Smith and some other conservative House members, with or without help from congressional leaders.
Source>http://www.washingtontimes.com/news/2016/jul/17/progressive-attempt-to-silence-climate-change-diss/
Posted by theodore miraldi at 8:23 AM