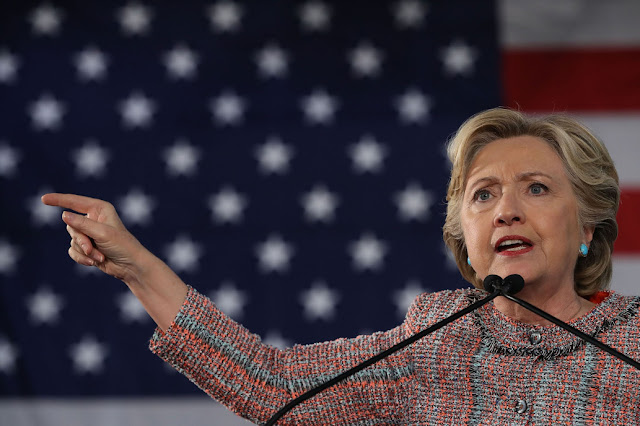 Hillary Clinton is “pissed,” Chelsea Clinton is “hurt,” and Bill Clinton is “having a hard time,” according to a new report detailing the reaction to hacked emailsof a top aide being slowly released by WikiLeaks.
The reactions of the former (and possible future) first family is detailed by Politico.
“The goal of this is to create dissension between everyone,” Neera Tanden, whose many emails with John Podesta have been released in the WikiLeaks dump, told Politico.
“This is Russian psy-ops. That’s what they’re trying to do. The campaign is going to fight back against that, by not getting subsumed in dissension,” Tanden added.
The Clinton campaign has made a point of not talking on the record about the released emails — refusing even to confirm the validity of the trove of Podesta correspondences.
Podesta is chair of Hillary for America, Clinton’s campaign for the presidency. It is his private emails that have been stolen and released by the self-described transparency organization.
The emails show Clinton World in a raw and uncomfortable light, displaying infighting, backstabbing, raw ambition and greed.
Hillary Clinton revealed her own misery in a campaign stop Friday in Seattle.
“This election is incredibly painful,” she told staffers.
“I take absolutely no satisfaction in what is happening on the other side with my opponent. I am not at all happy about it, because it hurts our country,” she added.
Donald Trump has latched onto the WikiLeaks revelations to hit Clinton for holding different positions in private than her publicly stated positions and to further his own candidacy.
The two presidential candidates will square off in the third and final presidential debate Wednesday in Las Vegas.
Source>http://nypost.com/2016/10/17/clinton-is-pissed-about-latest-wikileaks-dump/
Posted by theodore miraldi at 9:24 AM