For 15 years she defended big companies for the Rose Law Firm in Arkansas, a chapter all but excised from her official story 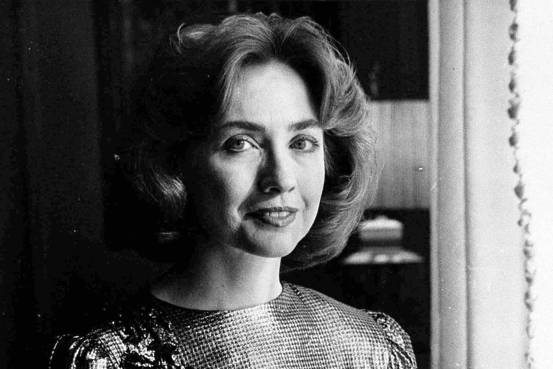 Democratic presidential nominee Hillary Clinton has campaigned on a largely populist message about helping the underclass in which she and surrogates frequently refer to her post-law school job working for the Children’s Defense Fund.
However, Clinton later worked for 15 years as a corporate litigator at the Rose Law Firm in Arkansas’s capital, longer than any other position in or out of government
One of her first assignments as a corporate lawyer, in fact, landed her far from her roots. She helped overturn a ballot measure that increased electric rates for businesses and lowered them for the poor, according to The Wall Street Journal.
“Instead of defending poor people and righting wrongs, we found ourselves squarely on the side of corporate greed against the little people,” Clinton colleague Webb Hubbel later wrote.
Clinton has touted her work at the Children’s Defense Fund from the early stages of campaign in June 2015, to her nomination acceptance speech this summer at the Democratic National Convention, through her second 2016 president debate, against Republican nominee Donald Trump.
“You know, right out of law school I went to work for the Children's Defense Fund,” Clinton said in the Oct. 10 debate. “I started off as a young lawyer working against discrimination against African-American children in schools and in the criminal justice system. I worked to make sure that kids with disabilities could get a public education, something that I care very much about.”
Yet Clinton’s work later at the Rose law firm -- from the mid-1970s through the 1980s while husband Bill Clinton was Arkansas’ attorney general and governor -- is hardly ever mentioned on the campaign trail.
Bill Clinton, also a former U.S. president, at the Democratic convention mentioned his wife’s work at the defense fund but skipped past her Rose tenure.
And until August, that part of Hillary Clinton’s career wasn’t even mentioned on her campaign’s official biography, according to The Journal.
It illustrates a pattern apparent through Clinton’s career and into this year’s presidential campaign: She emphasizes different roles for different audiences.
The duality was on display in transcripts of paid speeches Clinton gave to Wall Street before she entered the presidential race. As a candidate, she has emphasized the need for tough regulation of Wall Street. In those addresses, she pointed to the industry’s contributions.
“More thought has to be given to the process and transactions and regulations so that we don’t kill or maim what works,” she said in one speech underwritten by Goldman Sachs Group Inc., according to a transcript that was hacked from her campaign chairman’s email account.
Clinton spokesman Brian Fallon recently pointed to her advocacy work during her Rose years.
“From the day she left law school, Hillary Clinton has never stopped being an advocate for children and families,” he said. “This period was among her most active years as Arkansas’ first lady, when she introduced a new early childhood education program and expanded health access to rural parts of the state.”
Clinton’s years at the firm included some controversy.
For one, the roots of the Whitewater affair reach back to her years at Rose when her husband was serving as governor.
The firm and Mrs. Clinton represented a failed savings-and-loan association run by James McDougal, the Clintons’ partner in the Whitewater real-estate investment, in a matter before state regulators. Whitewater dogged the Clintons throughout Bill Clinton’s presidency, though neither of them was ever charged.
Source>http://www.foxnews.com/politics/2016/10/29/clinton-mentions-little-about-longest-held-job-corporate-lawyer.html
Posted by theodore miraldi at 12:35 PM