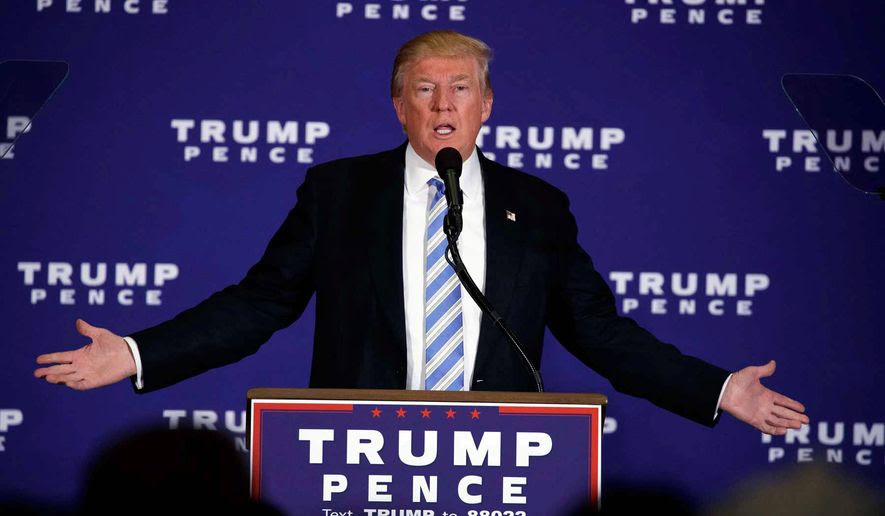 
Donald Trump said he’s facing historically bad treatment from the press and that people at his campaign rallies are starting to “hate the media” because they see “it’s all a big lie.”
“I look at the way the media treats the Republicans and conservatives, and I see the way it’s so skewed,” Mr. Trumpsaid in an interview that aired Thursday on ABC’s “Good Morning America.”
Mr. Trump, who is warning of a “rigged” election, was asked about a tweet he sent on election night 2012: “This election is a total sham and a travesty. We are not a democracy!”
“I think it was horrible the way they were treated in the media,” he said. “The only thing worse is the way I’m being treated.”
“It’s record-setting bad treatment what I’m getting. It’s the greatest pile-on in American history,” Mr. Trump said.
“I go to these rallies and they’re starting to hate the media because they see it’s all a big lie,” he said. “And not all — but a lot of it’s a big lie.”
At his rallies, Mr. Trump often singles out parts of the media in general as among the worst people.
Such treatment prompted CNN host Wolf Blitzer to ask Trump campaign manager Kellyanne Conway this week if she would talk to the candidate about dialing it back when he points out journalists at his rallies and eggs the crowd on.
“Yes, I will tell him that,” Ms. Conway said.
Source>http://www.washingtontimes.com/news/2016/oct/27/donald-trump-im-facing-greatest-pile-american-hist/
Posted by theodore miraldi at 8:29 AM