The incoming president is pragmatic, not ideological 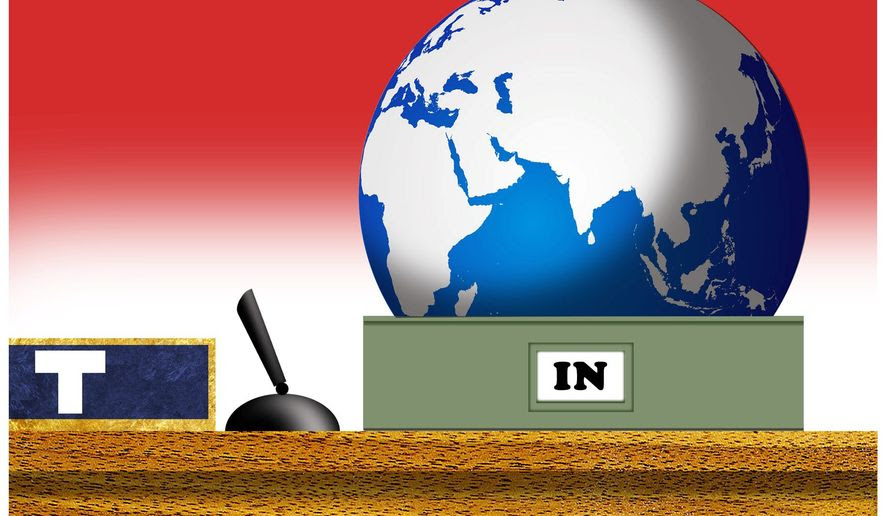 
ANALYSIS/OPINION:
Cozying up to Russia, questioning the “one-China policy,” disputing CIA intelligence and naming several generals and billionaires to his Cabinet, Donald Trump has set aghast many foreign policy analysts, economists, security experts and mainstream journalists who are accustomed to orderly thinking and a pretense of what they view as principled decision-making from Washington’s political leaders.
Sadly for them — but not for the voters who elected Mr. Trump — the president-elect has no big, idealistic vision of an orderly world to anchor American international policy or limit strategies at home to resurrect the economy.
Mr. Trump lacks John Kennedy’s inaugural confidence that America has the wealth and will to bear any burden, endure any price to defend freedom in every corner of the world. Nor does he embrace Barack Obama’s sense of American responsibility and guilt to risk our national prosperity, cultural identity and security to promote an ethereal global community.
Mr. Trump has a tougher, more realistic view — appealing mostly to ordinary folks who must bear the economic and social costs of globalization, the threats of terrorism in public places and risks of serving in the ranks of our military. Simply, American foreign and domestic economic policies should promote American interests — after all, Berlin, Tokyo and Beijing are busy looking out for their citizens’ welfare and national interests.
Similarly, American corporations who profit and benefit from Washington’s largesse at home and protection abroad should weigh the interests of workers and taxpayers when they consider whether to locate a factory in Indiana or Shanghai.
In Germany, which is supposed to be bound to the same World Trade Organization (WTO) obligations to promote free trade and investment as the United States, Volkswagen must contend with provincial government officials — who together with union leaders hold majority seats on its supervisory board — when deciding whether German or foreign facilities must bear the brunt of layoffs made necessary by automation and competition, and where the next generation of automobiles and components are to be made.
In China, failure to comply with Beijing’s monitoring apparatus for its citizens or to make products and conduct research and development domestically can have grave consequences for the protection of Apple’s and other technology firms’ intellectual property. Hence, their executives accept Beijing’s subsidies to build plants in the Middle Kingdom and decry the quality of American workers as a fig leaf for complicity.
Seen in this context, Mr. Trump’s warnings to China about its mercantilist strategies and to American companies about moving plants abroad signal a rational change in policy. The WTO can’t adequately defang German or Chinese protectionism, but Mr. Trump can make it as costly for U.S. multinationals to ignore American interests as it is for them to bend to the will of foreign powers.
His rattling of Beijing’s cage on Taiwan and trade are a more simple warning to Beijing. The new regime in Washington knows what’s really important to Communist leaders — the myth of one China, the preservation of China’s socialist market economy and the grip of the Communist Party on power. Hence, it’s time for Beijing to get reasonable on trade, investment and even the South China Sea, because an angry eagle could prove the worst imaginable nightmare for an arrogant dragon.
Regarding Russia and the Middle East, a U.S. president cannot ask the American people to put their sons and daughters in harm’s way to counter Moscow’s incursions into Eastern Europe or to defeat the Islamic State if the richest and largest nation in Europe, Germany, and others on the continent are not willing to bear similar burdens to defend their freedom and make their streets safe. Moreover, defeating the Islamic State on the ground will not end, but only reduce terrorist threats from Islamic extremists, and destabilizing Syria and similarly seeking regime change elsewhere in the region will only make matters worse.
For the time being at least, America has to make the best deal it can with Russia to secure the eastern frontiers of the West in Europe, and to tolerate Syria’s Bashar Assad and similar bad actors.
Mr. Trump is a populist and a pragmatist. His approach to each challenge is rooted in what ordinary voters will accept — not the high thinking and lofty ideals of intellectuals. He approaches each problem like any other deal — he assesses what the other guy wants, what he has to offer or withhold, and then bargains hard.
Markets are rallying for a reason. Mr. Trump’s approach is how businesses and nations ultimately succeed.
Source>http://www.washingtontimes.com/news/2016/dec/19/donald-trump-is-pragmatic-not-ideological/
Posted by theodore miraldi at 7:15 PM