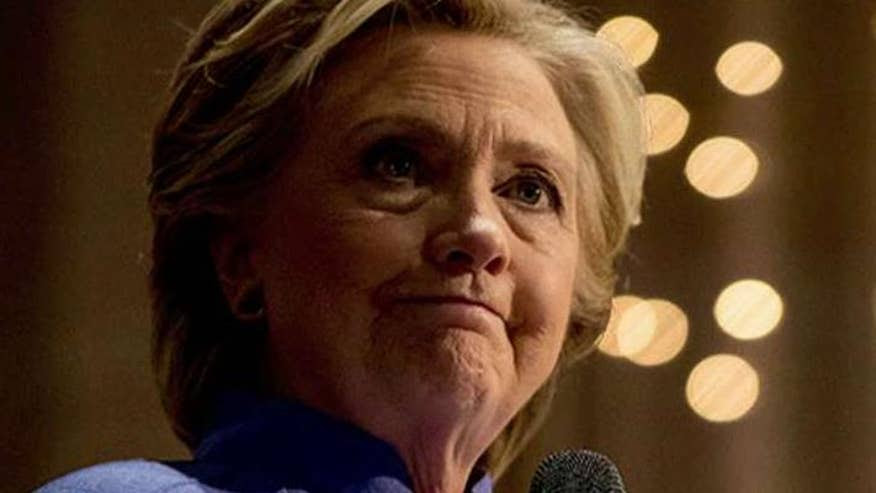 A federal court on Tuesday released the search warrant documents filed by the FBI to access a laptop used by disgraced ex-Rep. Anthony Weiner and his estranged wife, Hillary Clinton aide Huma Abedin, revealing new details about why the bureau revisited the email case just days before the presidential election.
The FBI’s earlier investigation found “27 email chains containing classified information” that were exchanged between Clinton and Abedin, and investigators wanted to see what was also on the Abedin-Weiner laptop, according to the government affidavit unsealed Tuesday. That laptop, the FBI noted, “was never authorized for the storage or transmission of classified or national defense information,” according to the application for the warrant, which was partially redacted.
The October re-opening of the Clinton investigation sprung from an unrelated case involving Weiner allegedly sexting with an underage girl. During the course of that inquiry, agents discovered the joint laptop and later found emails addressed to and sent from Clinton.
READ THE DOCUMENTS
U.S. District Judge P. Kevin Castel on Monday ordered the warrant and accompanying documents released, which he said were secretly filed with the court on Oct. 30.
In the aftermath of Clinton’s Election Day defeat, many of her top supporters – including husband former President Bill Clinton – have publicly blamed FBI Director James Comey for her loss.
“James Comey cost her the election,” Bill Clinton said earlier this month during remarks which were recently published in the Bedford-Pound Ridge Record Review.
Just days after President-elect Donald Trump’s victory, Hillary Clinton also took Comey to task. “Our analysis is that Comey’s letter raising doubts that were groundless, baseless, proven to be, stopped our momentum,” Clinton said during a Nov. 12 conference call with donors.
Comey was criticized not just for revisiting the case but for announcing that decision, in an Oct. 28 letter to Congress, only to confirm two days before the Nov. 8 vote that the inquiry uncovered no new evidence of wrongdoing.
On Tuesday, Clinton's attorney David Kendall said that the affidavit "highlights the extraordinary impropriety" of Comey's letter, which he called "legally unauthorized and factually unnecessary."
The unsealed search warrant files, however, may help explain why Comey decided to revive the Clinton investigation despite the pending election.
“Out of the 27 email chains, six email chains contained information that was classified as the Secret level at the time the emails were sent, and information in four of those email chains remains classified at that level now,” the application stated.
Agents also were looking “to determine if classified information was accessed by unauthorized users or transferred to any unauthorized systems.”
The affidavit clearly states that the warrant relates to a “criminal investigation” of Clinton, terminology Clinton’s team previously had disputed.
Fox News’ Bill Mears and Doug McKelway contributed to this report.
Soutrce>http://www.foxnews.com/politics/2016/12/20/fbi-warrant-released-in-clinton-case-revealing-extent-classified-info-on-laptop.html
Posted by theodore miraldi at 7:03 PM