Obama: Racism in U.S. Surfaces in ‘VIOLENT OPPOSITION’ to Programs for Minorities 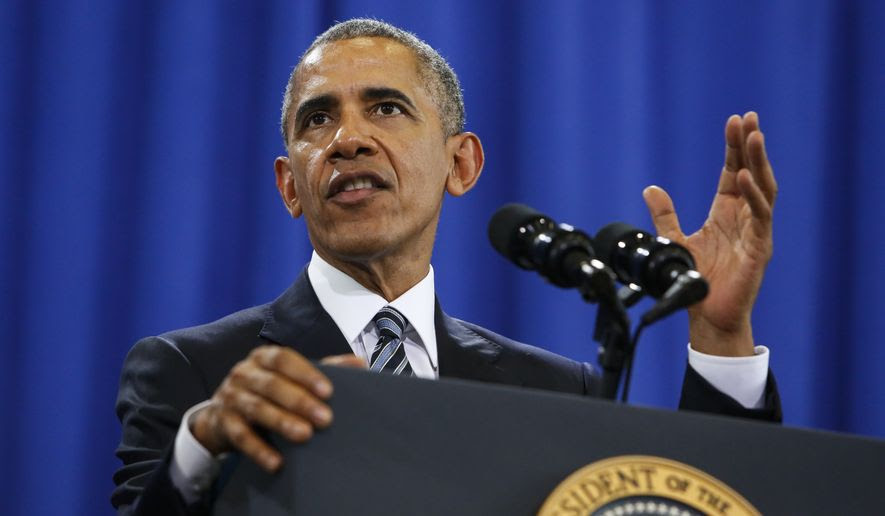 In an exit interview on race relations during his two terms, President Obama said racism is evident to him when Americans suddenly voice opposition to long-standing federal programs “as soon as African-Americans or Latinos are interested in availing themselves” of the benefits.
“I’m careful not to attribute any particular resistance or slight or opposition to race,” Mr. Obama said in the interview published Tuesday in The Atlantic.
Then he added, “But what I do believe is that if somebody didn’t have a problem with their daddy being employed by the federal government, and didn’t have a problem with the Tennessee Valley Authority electrifying certain communities, and didn’t have a problem with the interstate highway system being built, and didn’t have a problem with the GI Bill, and didn’t have a problem with the [Federal Housing Administration] subsidizing the suburbanization of America, and that all helped you build wealth and create a middle class — and then suddenly as soon as African-Americans or Latinos are interested in availing themselves of those same mechanisms as ladders into the middle class, you now have a violent opposition to them — then I think you at least have to ask yourself the question of how consistent you are, and what’s different, and what’s changed.”
After eight years in office, the nation’s first black president said he’s not sure how much of the opposition to him by Republicans can be attributed to racism, and how much of it was simply partisanship.
“I do remember watching Bill Clinton get impeached and Hillary Clinton being accused of killing Vince Foster,” he said. “And if you ask them, I’m sure they would say, ‘No, actually what you’re experiencing is not because you’re black, it’s because you’re a Democrat.’ ”
Author Ta-Nehisi Coates of Baltimore conducted interviews with Mr. Obama over the past year at the White House and on the campaign trail. In the article, Mr. Coates said he conveyed his concern to Mr. Obama that President-elect Donald Trump would use the government’s post-9/11 surveillance powers to harass black activists, a fear that the president downplayed.
“Keep in mind that the capacity of the NSA, or other surveillance tools, are specifically prohibited from being applied to U.S. citizens or U.S. persons without specific evidence of links to terrorist activity or, you know, other foreign-related activity,” Mr. Obama said. “So, you know, I think this whole story line that somehow Big Brother has massively expanded and now that a new president is in place it’s this loaded gun ready to be used on domestic dissent is just not accurate.”
The author wrote that Mr. Obama, who in the past has opposed reparations for black Americans as a remedy for slavery and segregation, now seems “more open to the idea — in theory, at least, if not in practice.”
“Theoretically, you can make obviously a powerful argument that centuries of slavery, Jim Crow, discrimination are the primary cause for all those gaps,” Mr. Obama said, referring to disparities between whites and blacks in education, wealth and employment. “That those were wrongs to the black community as a whole, and black families specifically, and that in order to close that gap, a society has a moral obligation to make a large, aggressive investment, even if it’s not in the form of individual reparations checks but in the form of a Marshall Plan.”
But the president noted that countries such as South Africa and India haven’t “fundamentally changed the structure of their societies” with affirmative action programs.
“The bottom line is that it’s hard to find a model in which you can practically administer and sustain political support for those kinds of efforts,” Mr. Obama said.
In a conversation aboard Air Force One, Mr. Obama, the son of a white mother and black father, confided that being black makes him feel special.
“I always felt as if being black was cool,” Mr. Obama said. “[Being black] was not something to run away from but something to embrace. Why that is, I think, is complicated. Part of it is, I think, that my mother thought black folks were cool, and if your mother loves you and is praising you — and says you look good, are smart — as you are, then you don’t kind of think in terms of How can I avoid this? You feel pretty good about it.”
Source>http://www.washingtontimes.com/news/2016/dec/13/obama-says-racism-us-surfaces-violent-opposition-p/
Posted by theodore miraldi at 2:28 PM