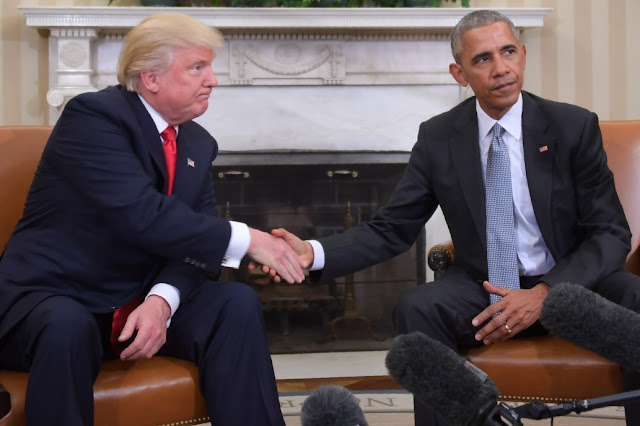 In his waning days in the White House, President Obama is desperately trying to make his policies as permanent as possible by tying the hands of his successor — and far more than other presidents have done on their way out.
From his dramatic and disastrous change of US policy on Israel to his executive order restricting 1.65 million acres of land from development despite local objections, Obama is trying to make it impossible for Donald Trump and a GOP-controlled Congress to govern.
Even Thursday’s announcement of wide-ranging sanctions against Russia presents Trump with a foreign-policy crisis immediately upon taking office.
By contrast, many of Obama’s predecessors have stood back in their final days in office and refrained from any dramatic shifts, in deference to the agenda of the man voters sent to succeed them.
But Obama won’t accept the election results. As he suggested the other day, Trump’s election was a fluke — and he himself would have easily been re-elected if allowed to stand for a third term.
He believes this not just because he’s an effective campaigner, but because he thinks his “vision” and policies continue to be backed by “a majority of the American people.”
But Obama, like many Democrats, fails to understand what happened in the election: Voters were calling for real change from the status quo — from his policies. Indeed, before the vote, he himself said it was a referendum on him and his policies.
Memo to the president: You lost.
Whether it was the lackluster economy, ObamaCare, trade, the sweeping failure of his foreign policy or illegal immigration, voters sought something very different.
Trump, on the other hand, did more than just energize his base: He flipped six states that voted for Obama in 2012.
The results, as many have since come to realize, is that the Democratic Party now caters to a hard-left, elite core located on the two coasts — and has abandoned the working-class Americans in the heartland it so loudly claims to champion.
Which is why Democrats have also been losing seats, especially at the state level. Voters are fed up with Democratic failures — to the point where they were willing to take a chance on an untested novice like Trump.
Obama’s failure to follow tradition and respect voters is par for the course. He spent much of his tenure pushing the bounds and overstepping his constitutional authority — through regulatory edicts and executive actions. So his latest power grab should come as no surprise.
But it’s one thing for Obama to have delusions about the popularity of his agenda. It’s quite another to try to preserve a discredited legacy by handcuffing America’s next democratically elected president.
Source>http://nypost.com/2016/12/29/obamas-ugly-bid-to-snub-voters-and-tie-trumps-hands/
Posted by theodore miraldi at 8:18 AM