The gunman reportedly said 'We die in Aleppo, you die here' before opening fire and injuring Ambassador Andrei Karlov


Russia's ambassador to Turkey has been assassinated allegedly in retaliation for the crisis in Aleppo.
The gunman reportedly said in Turkish "We die in Aleppo, you die here" before opening fire and injuring Ambassador Andrei Karlov.
The attacker was fatally shot by police after wounding Mr Karlov and at least three others, according to state TV.
Mr Karlov was delivering a speech at an art gallery in the capital of Ankara when the gunman fired a shot into the air and then shot the ambassador in a suspected radical Islamic attack, the Hurriyet newspaper reported.
The gunman allegedly entered the gallery with police identification.
Three others were reportedly wounded as the shooting continued and people fled for their lives.
It was unclear whether the gunman had been detained.
Photos published online by Turkish media showed Mr Karlov and a second person on the floor after being wounded.
Horrific footage captures Turkey 'car bomb' blast as bus explodes killing 14 soldiers and people flee for their lives
Mr Karlov was attending the opening of an exhibition at Ankara's Centre for Contemporary Arts when the gun attack occurred.
The Kremlin said Russian President Vladimir Putin was holding an emergency meeting. 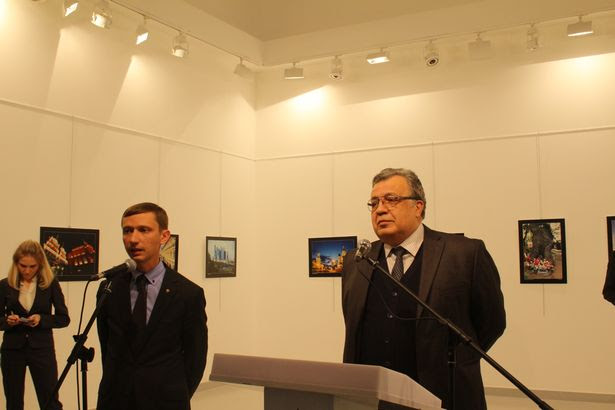 Russia is Syria's most powerful ally and has played a significant role in the Syrian government's attempts to eradicate rebel groups.
In recent weeks pro-government forces have made rapid advances on rebel-held territory in war-torn Aleppo, leaving many people dead or wounded.
After rebels were driven into an enclave in eastern Aleppo after heavy bombing a ceasefire was brokered by Russian and Turkish officials. 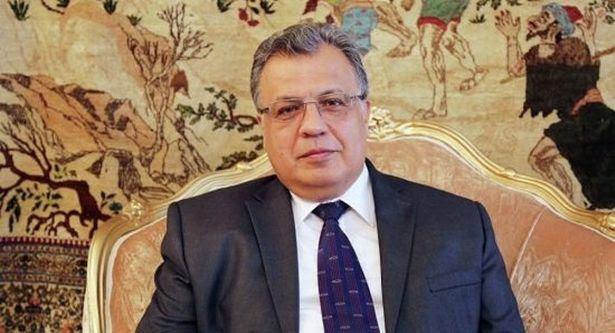 It included a plan to evacuate thousands of rebels and civilians, including women and children, from Aleppo to rebel-held territory in Idlib province in north-western Syria.
Source>http://www.mirror.co.uk/news/world-news/russian-ambassador-turkey-seriously-injured-9485836
Posted by theodore miraldi at 12:24 PM