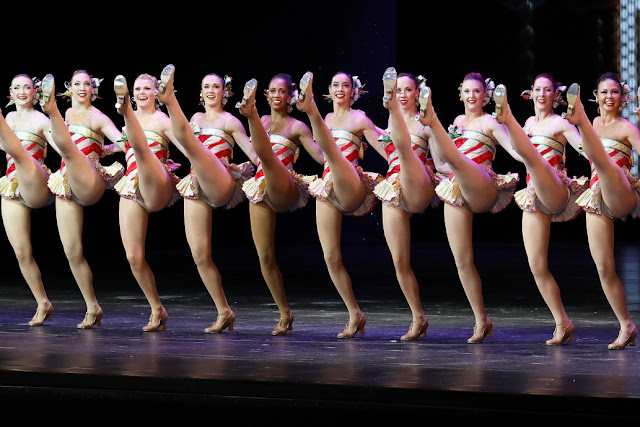 
Few performers seem willing to step up and entertain the country when the new president is sworn in on Jan. 20. With the news last week that opera singer Andrea Bocelli had bowed to pressure and dropped out of the Inauguration Day concert, and with a member of the Rockettes leading a social-media rebellion against performing for the president, Kid Rock is currently the biggest name scheduled to appear.
And liberals are giddy. Because they still don’t get it.
Robert Reich, Bill Clinton’s labor secretary who has transformed himself into the Michael Moore of Facebook, is promoting something called the Freedom United Concert to air at the same time as the inauguration. The concert would benefit all the usual liberal charities and Reich hopes to get big names like Jay-Z and Madonna to perform. “Presto,” he writes. “The Trump inauguration loses all the TV ratings. Basically, no one watches it.”
That’ll show him.
Jay-Z and Madonna both already performed during the election to gin up support for Hillary Clinton — and clearly failed. But sure, one more concert should swing the country to Reich’s side.
The real issue is the bubble created by the left’s Stalinized airbrushing of non-liberals out of American popular culture.
Lin Manuel Miranda is running a contest to raise money for Planned Parenthood. For a $10 donation, you can be entered into a drawing to see his show “Hamilton” in three cities. Miranda’s mom is on the national board of directors of Planned Parenthood Action Fund, so this is clearly a cause he cares about.
There has been exactly zero controversy over his fund-raiser — yet imagine if it were for the National Rifle Association or any other popular conservative cause. When Mike Pence attended the now-infamous “Hamilton” performance, the video of his entrance featured many more cheers than boos. And still the cast lectured him from the stage as if there couldn’t possibly be any Trump-voters in the audience or, heaven forbid, in the cast or crew.
The liberal bent in everything goes far beyond just Broadway or Hollywood. It permeates everything. And it gets old fast. The September issue of homekeeping mag Real Simple featured an incoherent political rant by author Terry Mc­Millan. In it, she accused the Republican Party of conspiring against President Obama because he’s black and states of “rigging” voting requirements. She wrote that white people complain of black people taking their jobs and that she’s afraid of her son going out alone lest the police shoot him.
Real Simple is a magazine known for recipes and organizational tips.
It’s a world Democrats don’t inhabit. They would never be reading a home magazine and find themselves knee deep in conservative political conspiracy theories. Same goes for women’s magazines, which are all automatically liberal with uniform opinions on “women’s issues,” as if conservative women don’t exist. Then there’s a shock when 53 percent of white women choose Trump.
In an election that came down to Democrats’ failure to hold the Rust Belt states, doubling down on talking only to other liberals while watching liberal performers is foolhardy. Writing in the leftist online arts magazine The Baffler, Jacob Silverman pointed to the cult of celebrity as a prime reason Hillary lost.
He wrote that these “pleas for celebrity attention seem to reflect a liberal desire to see their politics validated, even given a halo of glamor, by fellow elites. Clinton’s pithy tweets and Jay-Z concert appearances appeal to the already converted while offering nothing to the millions of American workers wondering if, just maybe, the woman who gives secret $250,000 speeches to bankers lacks a common touch.”
An astronomical 68 percent in a Reuters/Ipsos exit Election Day poll said that “traditional parties and politicians don’t care about people like me.” That’s a lot of people feeling completely abandoned — and Katy Perry isn’t cutting it anymore.
As liberals continue to draw cultural lines that leave conservatives out, they have to notice that it’s translating to ballot-box losses. Republicans don’t just control the presidency, the House and the Senate but nearly two-thirds of state houses and a majority of governorships.
The all-encompassing liberalism in popular culture might not be hurting the performers’ financial bottom lines (so far), but it’s certainly not doing anything to help their political causes, either. As we learned this election, we ignore whole segments of the population at our peril.
Source>http://nypost.com/2016/12/26/the-entertainment-elites-inaugural-boycott-will-backfire-again/
Posted by theodore miraldi at 3:36 PM