Whole Lot of Shakin’ Goin’ On About EDUCATION 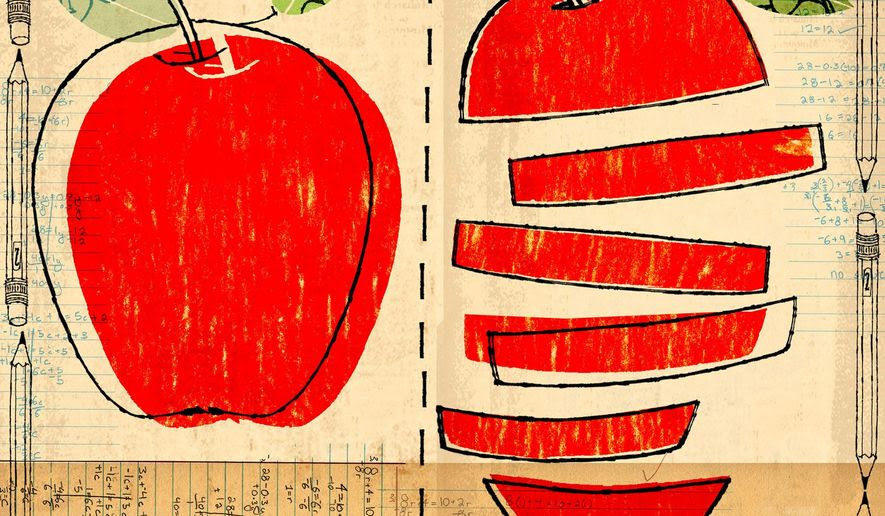 ANALYSIS/OPINION:
The little red school house, famous in the lore of the early days of the republic, is long gone, but the memory of it is a nostalgic reminder of how the education of children was once the responsibility of the town. As public education has grown into extensive public school systems in towns big and small, the schoolhouse is no longer the source of civic pride.
Restoring the importance of the public schools in towns big and small has become a cliche of our politics. Everyone knows that schools are failing large numbers of children. Parents quail, politicians rail, teachers’ unions squeal, and nothing much changes from election to election. There’s a growing appetite for shaking things up.
The concern is not new. A loud alarm was sounded in 1983 with a report titled “A Nation at Risk,” and Ronald Reagan held it up at a press conference, decrying the substandard performances of school children across America. “If an unfriendly foreign power had attempted to impose on America the mediocre educational performance that exists today,” the report concluded, “we might well have viewed it as an act of war. As it stands, we have allowed this to happen to ourselves.”
President Reagan wanted to get rid of the Department of Education and return education to local control, but he couldn’t come close to doing that. So 33 years later we’ve continued “unthinking, unilateral educational disarmament.”
Test scores confirm grave weakness in the schools. This week, for example, a sweeping survey of scholastic performance in mathematics, science and reading among a half-million 15-year-olds in 70 nations reveals declining math scores and stagnant performances in science and reading of schoolchildren in the United States.
The influential Program for International Student Assessment, or PISA, documents our children’s underperformance, which is especially dramatic when compared to their peers in several Asian nations and a few in Europe, too. Donald Trump needs to know that keeping jobs in America isn’t just a cost-effective problem, but an academic one, too.
“We’re losing ground — a troubling prospect, when in today’s knowledge-based economy, the best jobs can go anywhere in the world,” Education Secretary John B. King Jr. said of the survey. “Students in Massachusetts, Maryland and Minnesota aren’t just vying for great jobs along with their neighbors or across state lines, they must be competitive with peers in Finland, Germany and Japan.”
American students scored below the international average in math and merely average in science and reading. Singapore topped the list in all three, and the United States fell far below Japan and nations in East Asia, too. Especially troubling is the suggestion of superficiality in the teaching. High performers in math exhibit an appreciation for rigor, focus and coherence, but students in the United States have trouble after they finish solving “the first layer” of a problem.
“As soon as students have to go deeper and answer the more complex part of a problem, they have difficulties,” says Andreas Schleicher, director of education and skills for the Paris-based Organization for Economic Cooperation and Development, which coordinated the test. American students were behind 36 nations in math, 18 in science, and 14 in reading.
We’re sometimes quick to suspect socioeconomic backgrounds and digital abilities affect disparities in reading, but results of the test suggest that’s not necessarily so. Students with good reading skills, no matter their class or status, or whether working with pencil and paper or abacus or electronic devices, did well. Reading skills underlie digital literacy, which ought to be written in large letters on the wall in every classroom.
One official in Britain, where school improvement on the PISA tests was a priority and still fell short, observes that when the Beatles in England were singing “We Can Work it Out,” Singapore — which only became an independent nation in 1965 — has in fact worked it out.
“There’s no failed policy more in need of urgent change than our government-run education monopoly,” Donald Trump said during the election campaign. Now he has nominated Betsy DeVos as his secretary of education, who likes charter schools and vouchers to give parents greater choice in their children’s education. But her approach requires a careful analysis of strategies, an informed public, interested parents and a strong push for change. Clearly, certain Asian nations are doing something many Western countries are not. But tests don’t tell the whole story. Mr. Trump can shake up the education establishment, which sorely needs it. Jerry Lee Lewis famously sang that there’s “a whole lot of shakin’ goin’ on.” But it’s going to take more than a lot of shaking to actually move our kids to the head of the class.
Source>http://www.washingtontimes.com/news/2016/dec/7/concern-for-schools-who-arent-teaching-kids-very-m/
Posted by theodore miraldi at 8:46 AM