Why 2016 Was a MAJOR TURNONG POINT For The World

Old structures, both global and domestic, are now under threat 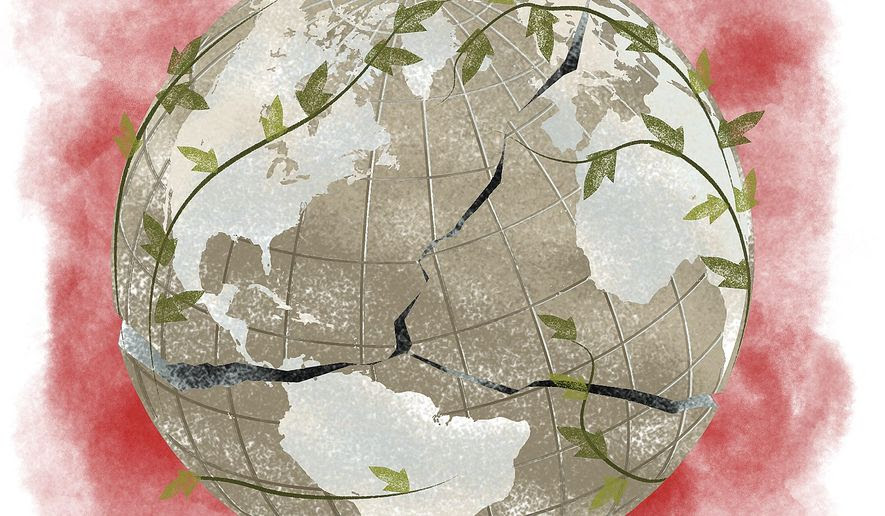 Historians will look back on 2016 as an inflection year in world history, perhaps not as momentous (or violent) as the years that follow but marking a major global turning point, when the old order of world politics could be seen as crumbling. This disintegration actually has been going on for some time, but it was not so readily discernible during the intervening years as it became in 2016.

As we peer into 2017, consider some of the old structures, both global and domestic, now under threat.

The European Union: This 70-year-old experiment in European integration is buffeted by a powerful wave of nationalism reflected in Britain’s Brexit vote and other rising political currents in France, Belgium, Italy, the Netherlands and elsewhere. Designed to ensure peace and foster economic growth among European nations, the EU has become an antidemocratic bureaucracy dominated by elites and increasingly removed from, and hostile to, traditional national and cultural sentiments of the European peoples. The flash point was immigration — a growing infusion of Muslims whose assimilation appears increasingly questionable. The EU structure was not sustainable, and it will be seriously reformed or dismantled, with the elites themselves displaced. This will entail plenty of societal disruption and perhaps violence. Old structures seldom die quietly.


Asia: When Richard Nixon coaxed China out of its “angry isolation” in 1972, he created a lasting structure of stability and peace in the Orient. America’s military and economic dominance remained unchallenged; China joined the world as a nation in good standing, positioned to help foster tremendous economic activity; and a U.S. network of alliances with Asia’s economically progressive nations (Japan, Hong Kong, Singapore, Taiwan, South Korea and Malaysia) served as a counterweight to any possible Chinese threat.

That structure now is breaking down as China disrupts global commerce with intricate non-tariff trade barriers and seeks dominance over the western Pacific, particularly the vast South China Sea. It now claims maritime territory that has been viewed as international waters by the global community for decades, and it openly intimidates its neighbors in efforts to remake the area’s maritime borders. The ultimate aim, it seems clear, is to remove American power from the region and push the United States back to Hawaii so China can effectuate a regional dominance. This constitutes a highly unstable situation. Either China backs down; or the United States retreats from Asia; or hostilities eventually will ensue.

The Middle East: This is a region of progressive conflagration — Sunni versus Shia, Palestinians versus Israel, the geopolitical interests of Saudi Arabia versus those of Iran. President George W. Bush’s secretary of state, Condoleezza Rice, famously criticized her country for pursuing Middle East stability at the expense of democracy — “and we achieved neither,” she said, adding Mr. Bush would pursue a different course of political and economic reform (democracy promotion, nation building).

Now we have even less regional stability and hardly any prospects for democracy. Iran’s regional influence has expanded, largely due to Mr. Bush’s 2003 invasion of Iraq and ultimate destabilization of that country. This in turn has spurred Saudi Arabia into a brutal aggression against the Iran-supported government of Yemen. Iraq’s destabilization has fostered the rise of the Islamic State, which is drawing Western nations into the region, further exacerbating tensions between the West and Islam. The cancer of Islamist terrorism is metastasizing throughout the region and spreading more and more into Europe. It’s difficult to see peace or stability on the Middle Eastern horizon.
America: The status quo, represented by globalist thinking, free trade, and porous borders, took a serious beating with the election of Donald Trump. The American status quo, like Europe’s, was not sustainable because too many voters felt beleaguered by the globalist juggernaut, their economic well-being and their heritage threatened. Alone among 2016 presidential aspirants, Mr. Trump demonstrated contempt for the old order, including the lack of border security, the shibboleths of free trade, the globalist contempt for nationalism, even the old rules of political comportment in national elections. Thus he is a product of his time and of the deterioration of the old order that so many of the elite class have been loath to recognize or accept.
But will President-elect Trump, the scourge of the old order, manage to steer a course toward some kind of new order of stability in domestic politics and global arrangements? Or will he turn out to be an instrument of creative destruction, destined merely to scrape away the lingering remnants of the status quo while leaving the world with the task of fashioning some form of stability out of the enveloping chaos? Will his assault on America’s political status quo lead to a new coalition of electoral equilibrium in the country or enflame its politics for years to come? Will his trade policies level the playing field of international commerce or throw the global economy into decline? Can his recognition of China’s menacing ways lead to a new concept of coexistence in Asia, or will it exacerbate martial tensions there?
These questions and many similar ones hover over America and the world as Mr. Trump prepares to assume America’s leadership. He didn’t create the status quo crisis that pulled him up into that leadership. But he exploited it. Now the question is whether he can tame the crisis — or whether the crushing forces of history are simply too powerful for him or anyone else to subdue.
Source>http://www.washingtontimes.com/news/2016/dec/29/why-2016-was-a-major-turning-point-for-the-world/
Posted by theodore miraldi at 8:38 PM