Obama appointee Sally Yates doesn't write policy. Her job is to support the Administration or Resign. Anyone left at the corrupt DOJ must resign immediately!...tmiraldi 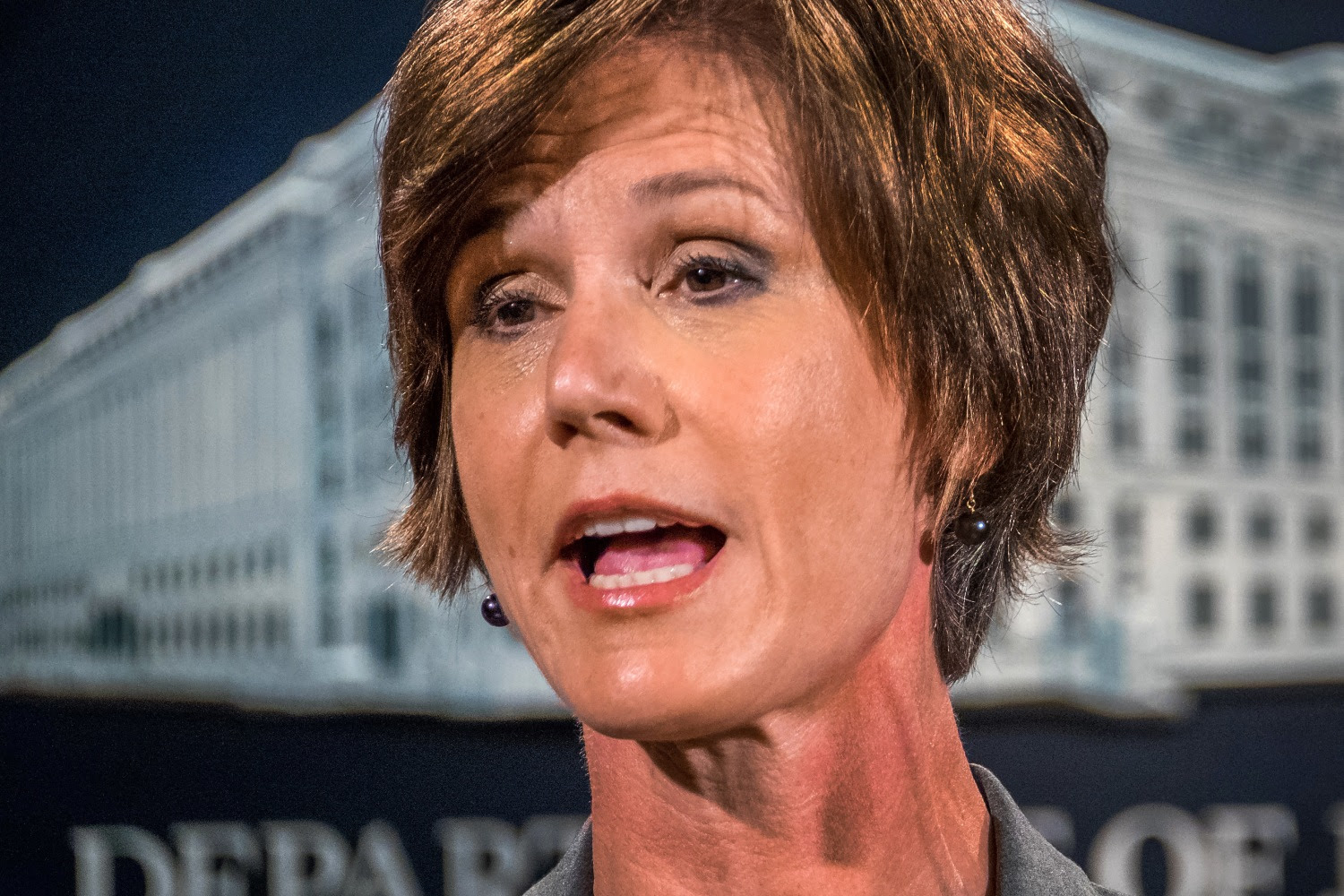 
The Justice Department's Office of Legal Counsel signed off on Trump's order last week, but Yates — who stayed on as acting attorney general pending the confirmation of Sen. Jeff Sessions, R-Alabama — said the office's reviews don't "address whether any policy choice embodied in an Executive Order is wise or just."
"My responsibility is to ensure that the position of the Department of Justice is not only legally defensible, but is informed by our best view of what the law is after consideration of all the facts," Yates wrote in a memo to the department's lawyers.
"At present, I am not convinced that the defense of the Executive Order is consistent with these responsibilities nor am I convinced that the Executive Order is lawful," she wrote.
The memo came to light only a few hours after Obama broke his post-presidential silence in a statement backing protesters demonstrating against the executive order.
Obama "fundamentally disagrees with the notion of discriminating against individuals because of their faith or religion," the statement said.
Related: Obama Rejects Trump Immigration Orders, Backs Protests
Yates' memo would appear to represent the most serious rebellion by the Justice Department since the "Saturday Night Massacre" of October 1973, when Attorney General Elliot Richardson and Deputy Attorney General William Ruckelshaus resigned rather than carry out President Richard Nixon's order to fire Archibald Cox, the Watergate special prosecutor.
Source>http://www.nbcnews.com/news/us-news/acting-attorney-general-bars-justice-department-defending-immigration-order-n714451
Posted by theodore miraldi at 8:10 PM