ALL Travelers Detained Have Been RELEASED 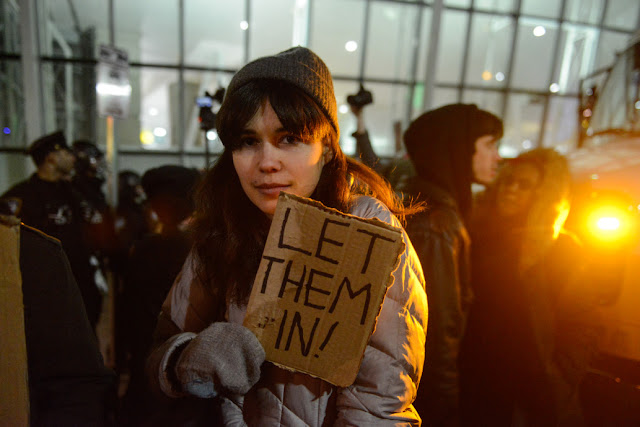 
WASHINGTON — All of the 109 travelers detained and questioned in US airports over the weekend under the new immigration ban have been released, according to the Trump administration.
“Currently, there are no people being held at airports,” a Department of Homeland Security spokeswoman told The Post.
President Trump’s executive order Friday bars US entry by nationals from seven Muslim-majority countries — Iraq, Iran, Syria, Somalia, Sudan, Libya and Yemen — for 90 days; suspends all refugee admission for 120 days; and bars Syrian refugees indefinitely.
The ban meant 109 travelers already in transit were detained at US airports for questioning this weekend, sparking protests across the nation and federal court intervention to block their deportations.
A senior Trump administration official said late Sunday the number of travelers in transit affected by the travel ban was “minuscule” and the travel ban rollout was a “massive success story.” 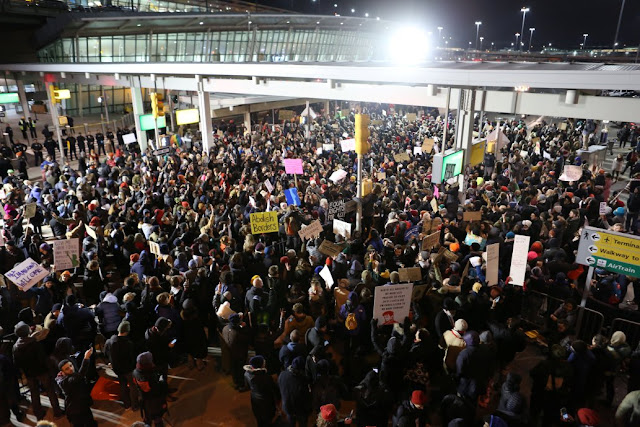 In the future, travelers from banned countries would be blocked from obtaining visas and getting on planes in their home countries so detentions at US airports will no longer be necessary, Trump administration officials said.
Source>http://nypost.com/2017/01/30/all-travelers-detained-under-trump-ban-have-been-released/
Posted by theodore miraldi at 9:03 AM