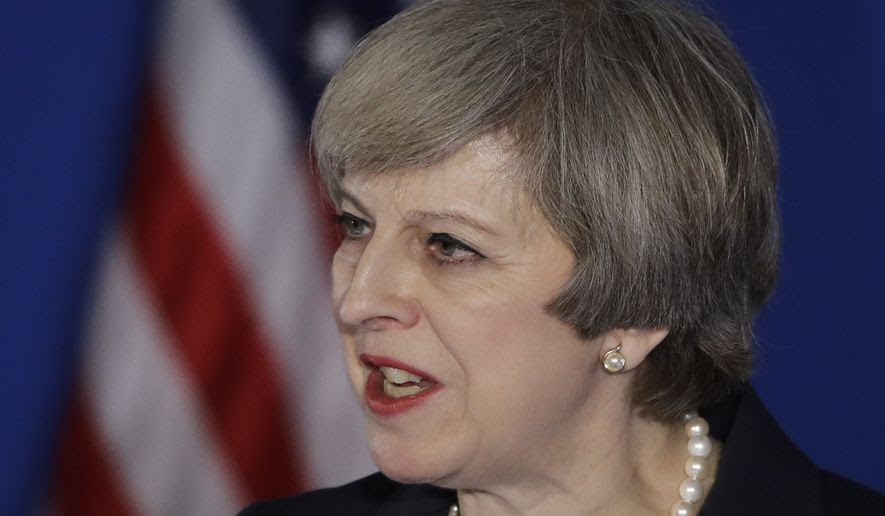 PHILADELPHIA — British Prime Minister Theresa May cozied up Thursday to Republican lawmakers, saying the political wave that swept them and President Trump into power would make America a stronger and bolder leader in the world.
In a speech to a congressional Republican retreat for formulating strategy, Ms. May said the upset victory by Mr. Trump and the GOP wins in the House and Senate promised “a new era of American renewal.”
Ms. May, the leader of her country’s Conservative Party who became prime minister in the aftermath of the Brexit vote, also vowed that the U.S. could count on the U.K. to help fight Islamic terrorism and other threats around the globe.
With conservative governments in place in both the U.S. and the U.K., they were presented an opportunity to renew the “special relationship” the two countries have historically enjoyed, Ms. May said.
“I speak to you not just as Prime Minister of the United Kingdom, but as a fellow conservative who believes in the same principles that underpin the agenda of your party,” she said. “The value of liberty. The dignity of work. The principles of nationhood, family, economic prudence, patriotism — and putting power in the hands of the people.”
She is scheduled to meet Friday with Mr. Trump at the White House, which will be his first meeting as president with a foreign leader.
Mr. Trump has said that a bilateral trade deal with the U.K. was one of his top priorities, which also is priority for Ms. May as she seeks deals outside of the E.U.
“President Trump’s victory was achieved in defiance of all the pundits and the polls and rooted not in the corridors of Washington, but in the hopes and aspirations of working men and women across this land,” she told the GOP lawmakers. “Your party’s victory in both the Congress and the Senate where you swept all before you, secured with great effort, and achieved with an important message of national renewal. And because of this — because of what you have done together, because of that great victory you have won — America can be stronger, greater and more confident in the years ahead.”
As she seeks to give the U.K. a greater role in world affairs after Brexit, Ms. May said that Mr. Trump was correct in criticizing countries that rely on U.S. for defense and do not stand up for themselves.
“You have said that it is time for others to step up. And I agree,” she said. “Sovereign countries cannot outsource their security and prosperity to America. And they should not undermine the alliances that keep us strong by failing to step up and play their part.”
She noted that the U.K. has consistently invested in defused and she pledged to increase defense spending every year.
“As we rediscover our confidence together — as you renew your nation just as we renew ours — we have the opportunity, indeed the responsibility, to renew the ‘special relationship’ for this new age,” she said. “We have the opportunity to lead together again.”
Source>http://www.washingtontimes.com/news/2017/jan/26/british-pm-may-trump-brings-era-american-renewal/
Posted by theodore miraldi at 5:30 PM