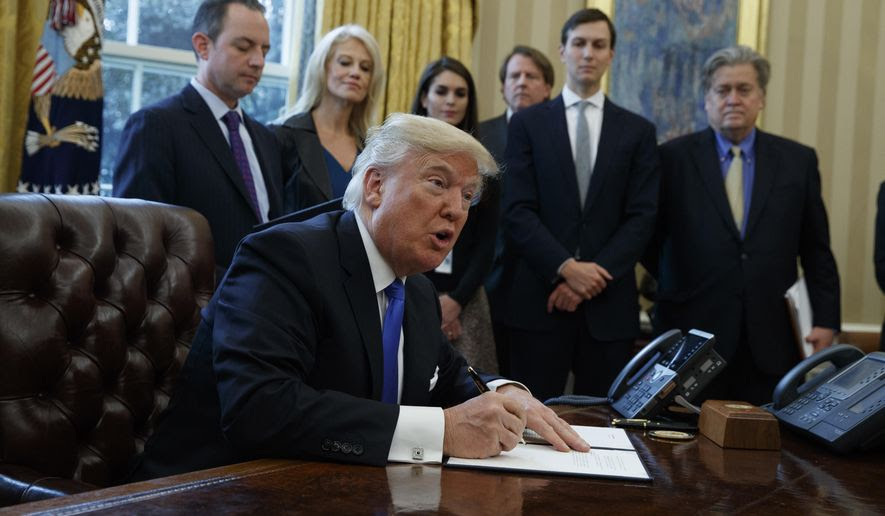 Saying they fear President Trump with his finger on the nuclear trigger, two congressional Democrats introduced legislation Tuesday that would prevent the White House from launching a nuclear first strike without a declaration of war from Capitol Hill.


Sen. Edward J. Markey and Rep. Ted W. Lieu said their bill was designed to put a check on Mr. Trump, who during the presidential campaign had sent mixed signals on his thoughts about nuclear proliferation and the possibility of a U.S. first strike.
“It is a frightening reality,” Mr. Lieu, California Democrat, said of Mr. Trump, saying the new president showed a lack of understanding of U.S. capabilities.
U.S. law and American military policy does give the president the power to initiate a nuclear strike. Mr. Trump during the campaign said he would not strike first — but immediately added he would also be prepared and “can’t take anything off the table.”


The two Democrats first introduced their bill during the campaign season last year, but it didn’t advance. It’s also unlikely their new bill would clear a GOP-controlled Congress this year.
Source>http://www.washingtontimes.com/news/2017/jan/24/dems-propose-taking-trumps-finger-nuclear-trigger/
Posted by theodore miraldi at 7:52 PM