DNC Chair Candidate Wants to 'Shut Other WHITE People DOWN' 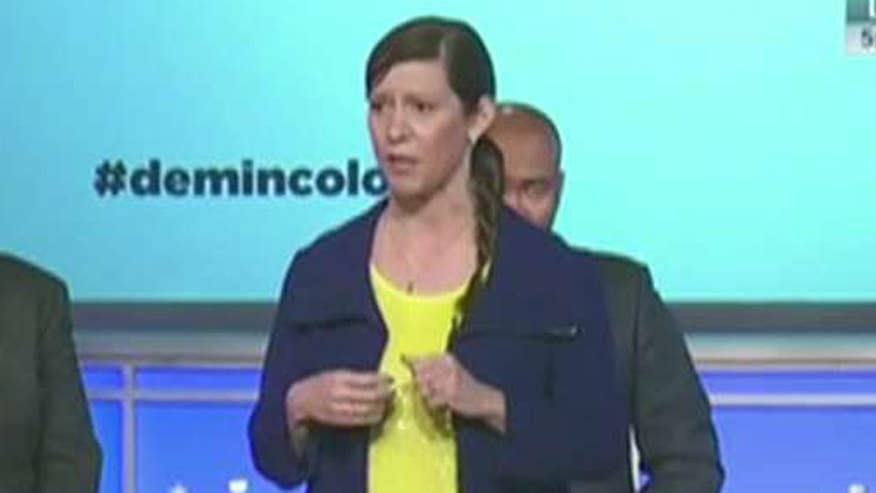 If the Democratic Party is planning to move away from identity politics in the wake of its presidential election defeat, that memo didn’t reach some of the candidates running for Democratic National Committee chair.
One candidate declared at a forum Monday that white people need to “shut our mouths” and that her job is  to “shut other white people down.”
“I’m a white woman, I don’t get it,” Sally Boynton Brown, Idaho Democratic Party executive director, told an applauding crowd at the Democracy in Color forum in Washington, D.C.
The forum, hosted by MSNBC’s Joy Reid, included favorite Rep. Keith Ellison, D-Minn.; former Labor Secretary Tom Perez; Democratic strategist and Fox News contributor Jehmu Greene; South Bend, Ind. Mayor Pete Buttigieg; New Hampshire Party Chairman Ray Buckley; and South Carolina Democratic Party Chairman Jaime Harrison -- all seeking to take over the top DNC post.
The forum focused on race relations, particularly in the Trump era, and included words of support for the controversial Black Lives Matter movement. Candidates also agreed the DNC would need to take more of an activist role in order to combat Trump.
“First of all, the DNC has to acknowledge and respect that Black Lives Matter are responding to urgent social and justice problems in our country,” Ellison said. “What I would say the DNC needs to do is to offer itself, reform and make itself into the kind of place that Black Lives Matter feels it can channel its electoral energy.”
However, Boynton Brown took it a step further and said her role as a white person includes shutting other white people down.
“My job is to listen and be a voice, and my job is to shut other white people down when they want to interrupt. My job is to shut other white people down when they want to say ‘Oh no I’m not prejudiced, I’m a Democrat, I’m accepting,'” she said.
“My job is to make sure that they get that they have privilege and until we shut our mouths and we listen to those people who don’t and we lift our people up so that we all have equity in this country … we’re not going to break through this,” she said.
“This is not just rhetoric,” Boynton Brown said. “This is a matter of life and death.”
Boynton Brown also took a shot at her home state for its lack of diversity.
“I’m from Idaho, we are so white, so white, right? I have been reaching out and trying to connect to anybody of color I can find to be honest with me,” she said.
“I need schoolin’ ... And I depend on you … to do that so I can go school the other white people.”
The DNC will vote for a new leader in Atlanta, Ga., in late February.
Source>http://www.foxnews.com/politics/2017/01/24/dnc-chair-candidate-wants-to-shut-other-white-people-down.html
Posted by theodore miraldi at 2:01 PM